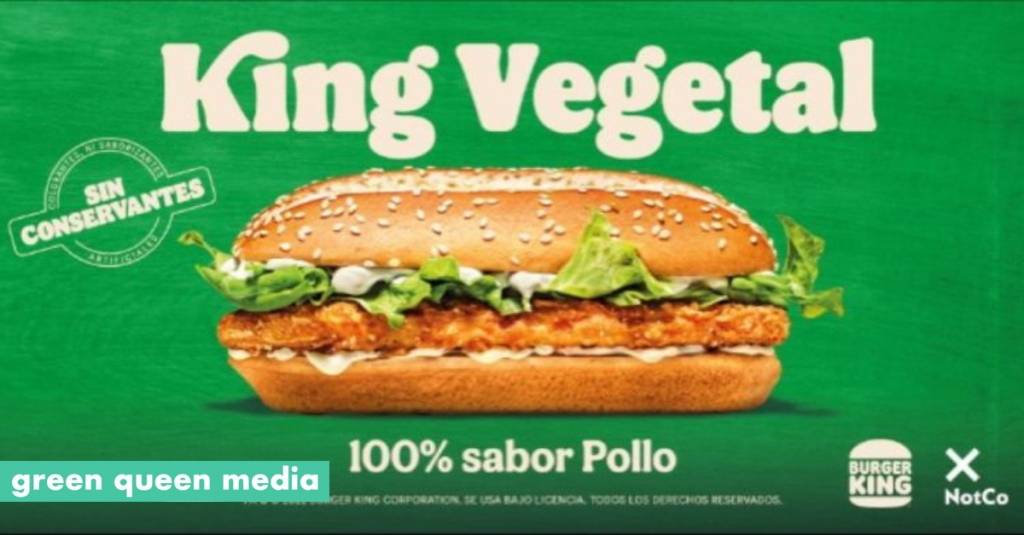 NotCo's vegan chicken is now on the menu of two new Burger King sandwiches and nuggets across locations in Chile.

Burger King says the growing demand for vegan options has made the partnership with NotCo, which debuted its vegan chicken last year, an easy decision.

NotCo has previously worked with Burger King on menu items in Chile and Paraguay.

The chicken's launching comes at the same time as Burger King is temporarily eliminating meat from its entire menu at two of its outlets in Chile. It has already been done by the fast food company, most recently in Europe at two sites in Switzerland. That came after its flagship London branch made a vegan change.

Since NotCo, a Chilean food-tech business known for its Giusseppe AI technology raised $235 million in a Series D fundraising round with contributions from Lewis Hamilton, Roger Federer, and Oscar-winning singer and director Questlove, it's been a busy year.

With the capital from the previous year, NotCo entered the unicorn realm and received a $1.5 billion valuation, a first for a Chilean company. Only a year earlier, the business had a $250 million valuation. Matias Muchnick founded NotCo in 2015 to advance plant-based diets both in its home market of Latin America and throughout the rest of the world.

This spring, NotCo increased its market share in the US by teaming up with Shake Shack to create a dairy-free milkshake. With its NotBurgers, it expanded its influence in Canada as well.
NotCo and Kraft Heinz have created a new joint venture to develop plant-based products.