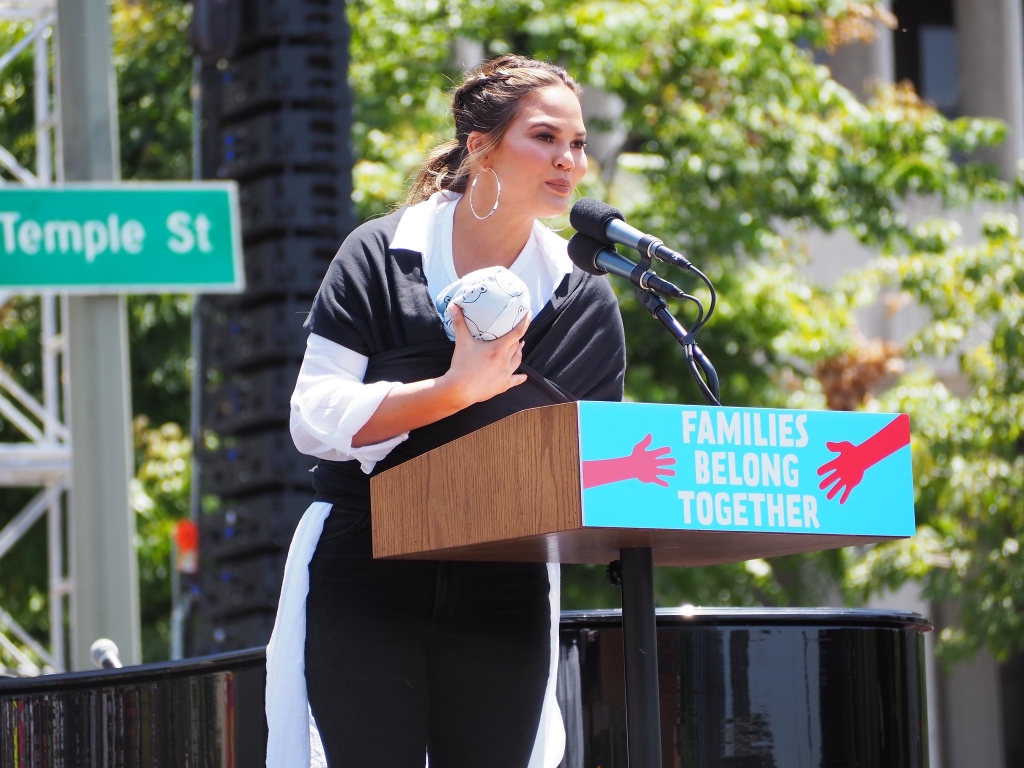 Celebrities are lending their support to the protests in the wake of the tragic death of black American George Floyd during an arrest made by a white policeman, Derek Chauvin.

Chrissy Teigen has announced on her Twitter account that she is donating $200,000 to pay for the bail of several protesters who have been arrested.

Floyd's death had triggered protests in several US cities, which have resulted in the arrest of many protesters. Some of the celebrities have even hit the streets to join the protests like singer Halsey and Ariana Grande, among others.

The tragic incident happened in Minneapolis and started when a call was made to 911, alleging that Floyd had used a fake $20 bill to buy cigarettes at a corner store.

Two white police officers responded, one of them Chauvin, who is shown on the footage released forcefully pressing his knee to the back of Floyd's neck while on the ground. The unarmed Floyd could be heard asking him to stop as he cannot breathe.

Floyd fell unconscious and was brought to the hospital where he was declared dead an hour later.

Chauvin has been dismissed from service, and murder charges have been filed against him.

Teigen, the better half of John Legend, initially donated $100,000, but when told that the protesters were criminals and rioters, she added another $100,000.

Aside from Teigen, National Football League (NFL) star Colin Kaepernick has partnered with the "Know Your Rights Campaign," in raising funds for the legal fees that may be required of by who Kaepernick calls the "freedom fighters."

Other stars are also donating $1,000 to the Minnesota Freedom Fund, also for bail money.

Aside from taking to the streets and donating bail money, other celebrities have also taken to their social media accounts and urged their followers to speak up and help put an end to racism.

Among these are Kelly Rowland, Michelle Obama, Selena Gomez, Billie Eilish, and Cardi B.