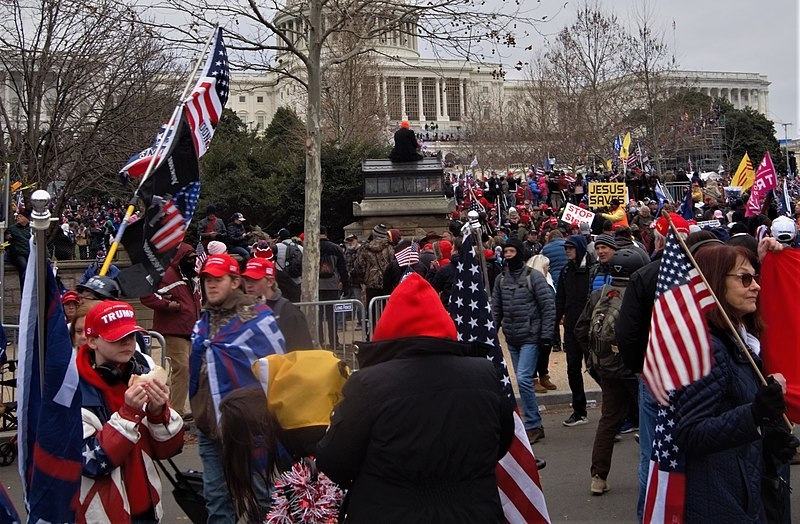 During the violent insurrection at the US Capitol last January 6, dozens of Capitol Police officers were left severely injured from the actions of the mob of supporters of now-former President Donald Trump. Capitol Police Officer Michael Fanone, who was among the officers that were injured during the insurrection, spoke out again to rip into the former president.

Fanone has been publicly speaking about his experience during the insurrection that occurred that left five people dead. In his recent appearance on CNN’s “New Day,” Fanone was asked to comment on reports that accused Capitol rioter Fi Duong formed a militia group under the guise of a bible study group to stockpile ammunition and conducting surveillance at the Capitol. Fanone also commented on the new video footage that showed the rioters taking his badge and radio as “souvenirs.”

Fanone shared that he has had difficulty with people who have been trying to downplay the severity of the insurrection that occurred or blatantly lie about what actually occurred for their political or personal gain. The Capitol Police officer cited GOP Rep. Andrew Clyde’s comments that the riots were a normal tourist visit among other statements from Republicans in Washington.

“It’s clear to me that this violent political rhetoric, which continues to this day, unfortunately...I experienced firsthand an insurrection inspired by the head of our executive branch, Donald Trump, and his co-workers. It needs to stop,” said Fanone.

When Fanone was asked if he thinks another insurrection could happen again, he said that as long as GOP lawmakers continue to push the lies that resulted in the events of January 6, then it is possible.

Hundreds of the rioters have already been arrested and identified, many of which are awaiting trial. Among the rioters were far-right extremist groups the Proud Boys and the Oath Keepers, several members of both groups have also been arrested. In another development in the FBI’s search for those who were involved in the Capitol insurrection, a 12th member of the Oath Keepers who engaged in a military-style formation during the siege was arrested.

The 12th member of the Oath Keepers that was arrested, David Moerschel from Punta Gorda, Florida, was charged with conspiracy in the government’s investigation into the rightwing group. Court documents filed last July 2 showed that Moerschel was arrested by an FBI task force officer in Fort Myers.

Moerschel was charged with conspiracy to obstruct Congressional proceedings in formalizing Joe Biden’s election victory, as well as the unlawful entry into restricted buildings or grounds.