China's approach to peace in Africa is different. How and why

Study finds ethics can be taught – in finance, at least

How sensors and big data can help cut food wastage

Capitalist creep on campus: the largest, quietest privatisation in UK history – it's why we're striking 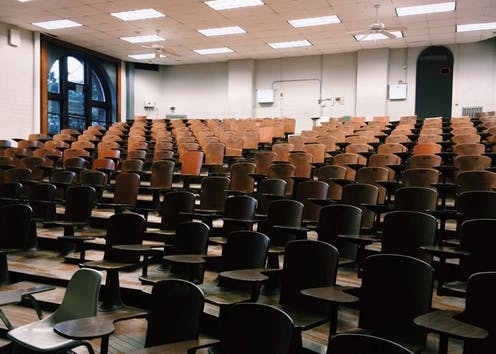 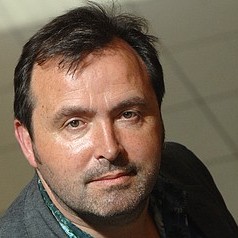 For the next week and a half, many UK university lecturers will be on strike again, but who outside of academia really cares? After all, university academics have great jobs. Indeed, every June to September, I get asked whether I am now on holiday. So who’s bothered whether I go on strike? Most people think I already have a cushy number.

Unlike nurses or firefighters, academics might not get much sympathy, but this is based on some very out of date ideas about what universities are like. Since the 1990s, these institutions have been growing fast while their funding from the state has been going down. One in three 18 year olds now applies for university, and in 2017−2018, there were more than 2.3 million students studying at 165 UK higher education institutions. In some cities, like Bristol where I work, one in ten residents is now a student, and the universities are reshaping the city itself.

This is now a gigantic sector of the economy and the big organisations that dominate it are increasingly run like businesses to pay their bills. In 2017−2018, the sector’s total income was £38.2 billion – employing nearly 430,000 people. Discounting the money from student fees, which are, after all, paid by students, then only about 20% of this income comes directly from the UK state.

This means that 80% of the funding of universities now comes through various markets – whether attracting undergraduates with their loans, postgraduates paying full fees, or income from grants, research, accommodation and selling sandwiches. No wonder then that strategies for maximising income and efficiency require large courses taught in large lecture theatres, as well as commercialising research and spending piles of cash on marketing to attract students – 20% of who come from outside the UK.

The gradual withdrawal of state support has been the largest, and quietest, privatisation in UK history, and most people don’t even know about it. When I started working in universities 30 years ago, I was part of the public sector. Now, I suppose 80% of me works in the private sector, and the language and strategies of managerialism shape every meeting and classroom I am in.

These changes have had obvious implications for the work of academics. Getting more productivity out of your employees is a strategic way to behave in a market, so the number of part-time and casually employed staff has skyrocketed. According to the University and College Union, 54% of teaching and research staff are now employed on a short-term basis, including some on zero-hours contracts. 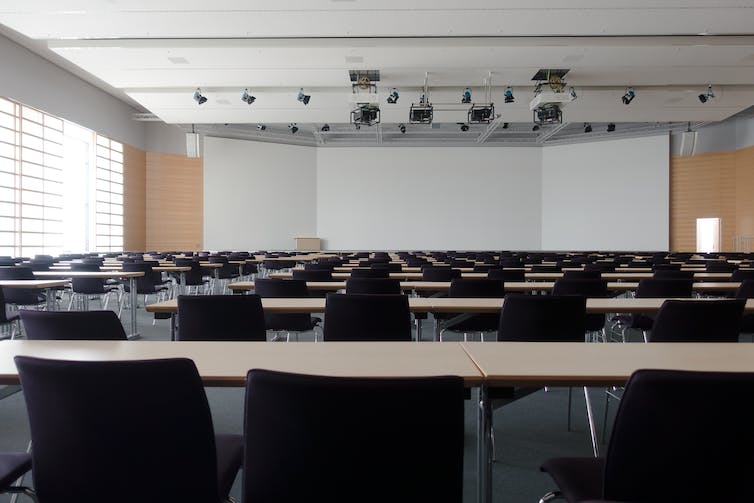 This strike is about pensions, pay, equality, casualisation and workload, but ultimately it is the cumulative effects of the marketisation of higher education. Pexels.

PhD students are very often used as teaching staff as a condition of their employment. The full-time research and teaching academic is now the minority in many institutions. Just as companies like Amazon, Sports Direct and Uber have been criticised for relying on precarious labour, universities too are increasingly reliant on a reserve army of part-time academics to teach a corresponding army of students.

Universities and their workers

The other aspect of efficiency is sweating the assets and this means that lecture theatres are now occupied from dawn to dusk, with one crowd trouping out just as the next one tries to get in. The timetabling software works overtime to ensure maximum room occupancy. And over the summer the conference office sells the venues and the overseas students do language courses. Universities are year round operations, monetising what they can, developing new markets, maximising income and minimising expenditure. If they didn’t do this, they would go bankrupt, because the state no longer provides enough money to keep them going.

And this is precisely why the strike is such an effective weapon now, in a way that it wasn’t 30 years ago – when professors had time to look out of the window. The paradox is that the more efficient an organisation is, the easier it is to disrupt. There is no slack, no spare rooms or people, no money behind the sofa which can be used to patch the holes in the roof. If the lecturers don’t turn up, and the customers can’t be taught, assessed and graduated, then the organisation can no longer function.

In becoming creatures of the market, and adopting managerial strategies, universities can also expect their staff to behave like employees. Because that’s what they have become, and that’s why they are going on strike – and that makes universities vulnerable in a way that they never were before.