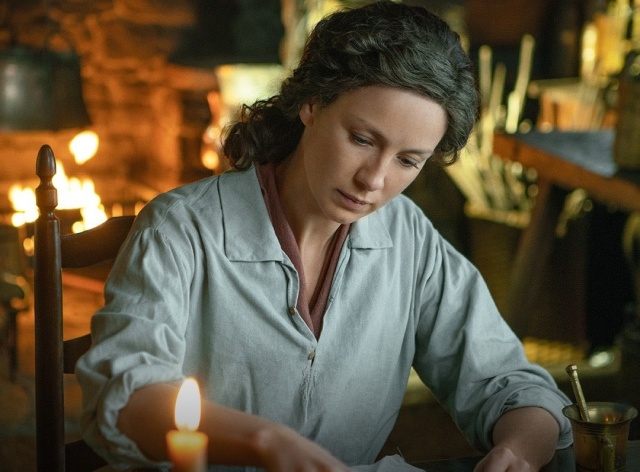 Caitriona Balfe and Sam Heughan have returned for “Outlander” season 4 and six episodes have already been aired so far. The actors play as Claire and Jaime Fraser in the time-traveling drama and their great love for one another is the key point in the story.

Now, while their love is the highlight, is it possible to create a love triangle that will mess up Jamie and Claire’s relationship? According to “Outlander” season 4’s executive producer, Matthew Roberts, it is a plot that they will definitely not go or even try.

“There’s never going to be a triangle among Claire, Jamie and Lord John,” the EP told TV Line. “You feel this heartbreak for John because he loves Jamie — like so many people who read the books love Jamie — and can never have him.”

The executive producer mentioned Lord John as the suggested third party in Jamie and Claire’s relationship because of the previous episode that showed Claire nursing Lord John due to his measles. Watching the “Outlander” season 4 episode 6’s “Blood of My Blood” episode also left the viewers feeling that something romantic could develop between the characters but the EP insists that they have no plans of breaking the heart of the audience by making Claire fall in love with another man.

Meanwhile, Caitriona Balfe’s acting has caught the attention of the Golden Globes again and she was recently nominated for the fourth time in the Best TV Actress category. While this is good news to everyone, many were disappointed as Sam Heughan failed to make it in the nominees’ list for Best TV Actor.

Caitriona Balfe will compete for the award against Elizabeth Moss (A Handmaid’s Tale), Sandra Oh (Killing Eve), Julia Roberts (Homecoming) and Keri Russell (The Americans). The 2019 Golden Globes Awards ceremony is going to be held on Jan. 6, 2019 in Beverly Hills.

Watch Caitriona Balfe and Sam Heughan’s “Outlander” season 4 episode 7 titled “Down the Rabbit Hole” on Dec. 16 at 8 p.m. on Starz.