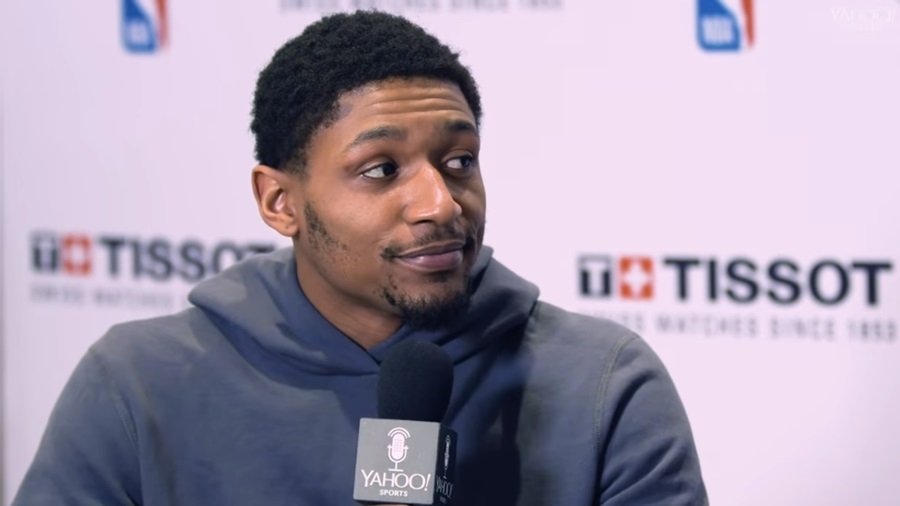 Photo via Screenshot of Yahoo! Sports/Youtube

The trade rumors surrounding Bradley Beal hasn’t died down. In fact, it just got spicier despite the source somewhat of a stretch.

So what’s the latest news about Bradley Beal and what team is being linked to him this time? The current narrative is that the 26-year-old is apparently being eyed by the Miami Heat after Jimmy Butler followed him on Instagram.

It goes without saying that Bradley Beal being added to the Heat roster would transform the team to a venerable contender in the East. He had a tremendous 2018-2019 season as he averaged 25 points, 5 rebounds, and 5 assists per game, HeatNation reported.

Bradley Beal has also been healthy in the past two years, playing the full 82 games without any sign of wear. The problem is that the Wizards has time and again maintained that they aren’t planning on parting ways with the superstar and is currently trying to convince him to sign an extension deal with the team.

But Bradley Beal is expected to opt-out of the deal and will likely wait until 2021 when he becomes a free agent. The reason behind the decision is simple, he stands to make more money if he simply exercised patience.

Returning to the possibility of Bradley Beal transferring to the Heat, it may not happen now, but there have been reports that he’s interested in playing with Butler. Meanwhile, John Wall said that he’s hoping Beal would remain with the Wizards and sign the extension.

Wall is currently recovering from a ruptured Achilles, and his injury is thought to be one of the main reasons why Bradley Beal is hesitating to stay with the Wizards. After all, he did say that while it would be nice to play for the Wizards for the rest of his career, he also has aspirations to become an NBA champion in the future, SportingNews reported.

At 26-years-old, he’s at a prime age to join a great team like the Boston Celtics and try to win a ring. The Celtics themselves are being rumored to be interested in Bradley Beal and is currently in a position to put together a trade package that could convince the Wizards to part ways with their star.

And since Wall is injured and Beal’s future with the team remains up in the air, the Wizards may be looking to rebuild. Trading Beal would drastically accelerate that process, especially since the shooting guard has built his career to be a good fit with any roster in the league. Obviously, all of these are simply speculations for now, and the Wizards still has time to convince Bradley Beal to stay. Besides, Butler’s social media activity is hardly a clear indicator of the decision-making going behind the doors of the Heat.