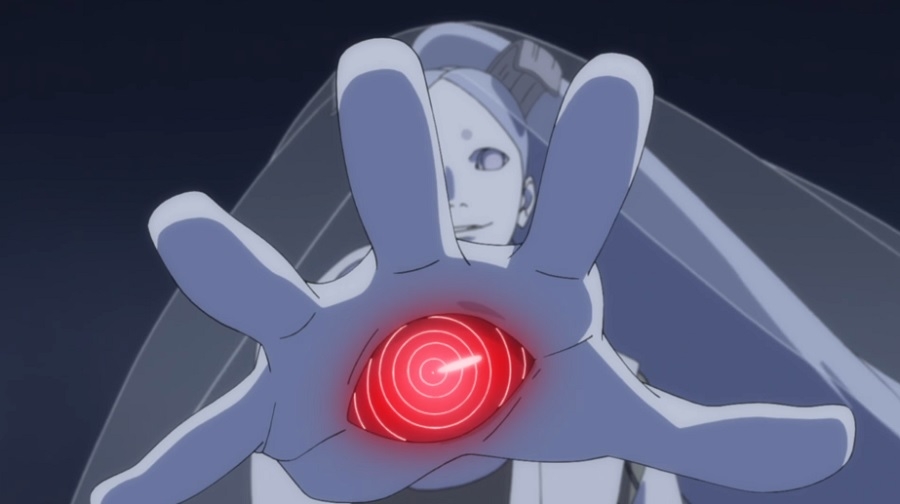 Manga fans finally have more idea about the real identity of Jigen. As everyone expected, he is one big threat to the peace in Konohagakure and the life of the titular hero. Jigen will most likely return in “Boruto: Naruto Next Generations” chapter 36 to meet Boruto and Kawaki after talking about completing the “vessels.”

To recap, Sasuke was observing Jigen at a close distance in chapter 35. Based on his lines, Sasuke was not planning on single-handedly stopping Jigen because his priority is to pass on the intel he just gathered. Unfortunately, he might need to improvise in “Boruto: Naruto Next Generations” chapter 36 as Boruto likely encounters Jigen even before he reaches Konohagakure.

Boruto’s last line in chapter 35 also emphasized on Sasuke being his mentor. It is not surprising if it was foreshadowing an upcoming battle they have to fight together in “Boruto: Naruto Next Generations” chapter 36. But after the confirmation that Jigen was paired with Kaguya Otsutsuki and had a Ten-Tails at his disposal, a battle extending in multiple chapters likely awaits.

Even the best ninjas in Konohagakure do not have the entire idea of how much power Jigen holds. This puts the village at an extremely disadvantageous position in “Boruto: Naruto Next Generations” chapter 36.

Chapter 35 revealed that Orochimaru has just started researching about Karma seal. Also, the look on Sasuke's face when he deduced who Jigen is showed the magnitude of threat Jigen poses for the protagonists. Whether he encounters Boruto and Sasuke or reaches Konohagakure first, “Boruto: Naruto Next Generations” chapter 36 is going to be a bad day for the people of Hidden Leaf. The next installment will be released on Saturday, July 20.