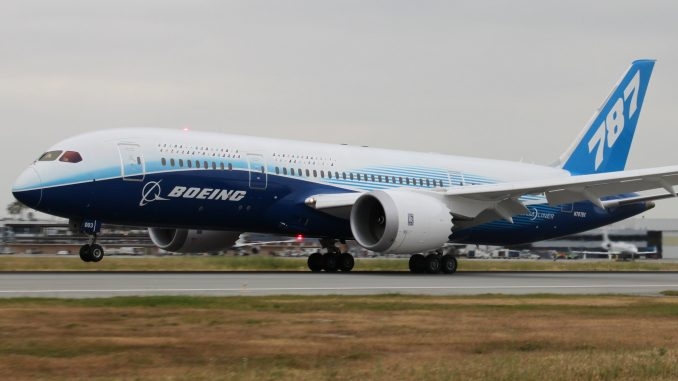 The 787's airframe was found to have small gaps between the fuselage's major sections.

Boeing CEO Dave Calhoun will update investors on its latest set of challenges when the company reports second-quarter results, including the prospects for the 787 Dreamliner after identifying another issue with the aircraft.

The 787's airframe was found to have small gaps between the fuselage's major sections.

In May, the Federal Aviation Administration (FAA) notified Boeing that its 777X was not yet ready to advance to the next stage of certification evaluation and would need over two years of additional testing and analysis.

The month before, Boeing notified 16 airlines using its 737 MAX planes of an electrical issue, resulting in the grounding of over 100 jets.

The airlines resumed service on 737 MAX in May after regulators approved Boeing's proposed solution.

Boeing has also delayed the delivery period of the presidential plane Air Force Once and suffered numerous setbacks on the KC46 Air Force tanker.

Worse, it had to deal with disruptions to supply chains and personnel during the pandemic.

Experts say a good portion of the problems resulted from the MAX crashes, leading to a September 2020 congressional report that said Boeing overly focused on profit to the detriment of engineering.

The report added that Boeing exhibited a "culture of concealment" from regulators at the FAA, who in turn practiced "grossly insufficient oversight" of Boeing.

The events also raised doubts about Boeing's internal communication and the ability to bring bad news forward, as Calhoun made public reassurances about the 787 plane before the recent difficulties.

Shareholders have the perception that Boeing doesn't have a good handle on these issues.