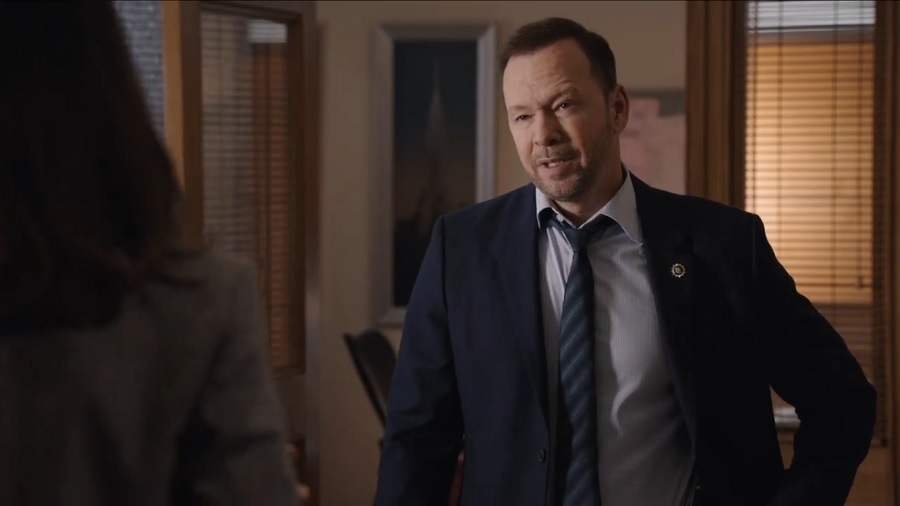 From a promo video of “Blue Bloods” season 9. | Photo by CBS/Facebook (CBSBlueBloods)

What sets “Blue Bloods” apart from other police procedural series is that it revolves around a family with most of its members serving in law enforcement. That is why one of the most important things about “Blue Bloods” season 10 is the upcoming 200th episode and family dinner the cast has shared with the fans. Meanwhile, many viewers are wondering whether this milestone also means Danny (Donnie Wahlberg) will finally find love.

As mentioned, the focal theme of the long-running CBS series is family aside from the criminal cases the protagonists try to solve. That explains why one of the most important aspects of each episode is the family dinner. So in “Blue Bloods” season 10, the cast and crew are not only celebrating their 200th episode on air, but they are also honoring the 200th time they sat on the dinner table as an on-screen family.

Wahlberg previously shared a behind-the-scenes photo of the “Blue Bloods” season 10 episode, which also happens to be the 200th installment of the series. The picture shows the Reagan family gathered in their family dining table for a scene for the next season’s premiere.

As expected, Danny is joined by their father NYPD Police Commissioner Frank Reagan (Tom Selleck) and siblings. Also on the dinner table are police officers Jamie (Will Estes) and Eddie (Vanessa Ray), ADA Erin Reagan (Bridget Moynahan), and Nicky (Sami Gayle). The main cast also shares the special “Blue Bloods” season 10 moment with some recurring characters such as Frank’s old partner Lenny Ross (Treat Williams). Given that the Reagan family has guests and some family members coming home for this particular dinner, there could be something important to be announced in the show.

One of the top speculations for “Blue Bloods” season 10 is about Danny finding a new love interest. He had a tough time moving on from the death of her wife Linda (Amy Carlson). It became more difficult when Danny learned that the cartel premeditated the helicopter crash that killed her. Executive producer Kevin Wade also told TV Insider shortly after season 8’s finale that giving Danny a new love interest in season 9 was not an “immediate plan.”

However, in the later episodes of season 9, fans saw him confide to Maggie Gibson (Callie Thorne) leading to the realization that it is the right to move on. The decision was even signified by Danny’s action when he removed his wedding ring. This increases fans’ hope for Danny to fall in love again in “Blue Bloods” season 10. The show returns on Friday, Sept. 27, at 10 p.m. ET on CBS.