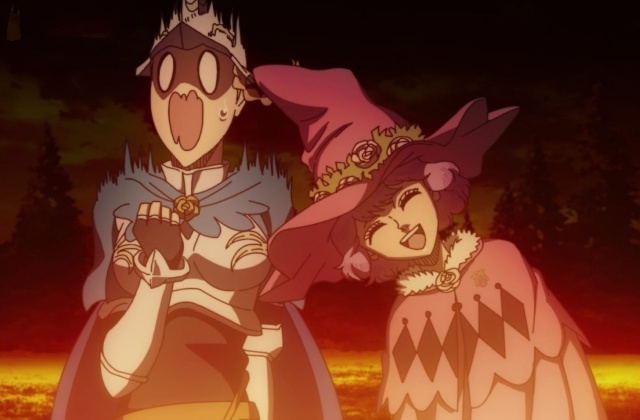 There is no break this week so “Black Clover” chapter 274 is coming. It will be a tensed episode as Nacht and the Black Bull squad are finally heading out to the Spade Kingdom to save Yami and William Vangeance. They will try to subdue the Dark Triad and hold them off since Asta, Noelle and the others need more time before they can get to the Spade Kingdom to help them.

In the previous episode chapter 273 titled “Day of Destiny,” Nacht and the Black Bulls’ plan to attack the Dark Triad is finally being implemented after their rigorous training. In the Spade Kingdom, Zenon was shown entering a room where Dante is being treated by Morris.

Zenon inquired how Dante is doing and Morris said he is healing well. Morris also promised to treat Dante and make him stronger than he has ever been. The lab also has other creatures and in particular, was caught Zenon’s eyes was a lotus that appeared to be an imposing thing, almost scary to look at.

In any case, back in the hideout, Asta and Liebe just separated after their successful devil union that finally defeated Nacht while they were training. However, the vice-captain of the Black Bull squad informed Asta that he still could not join them in the attack so they have to stay.

Asta protested by saying why they could not bring him when he already saw how powerful he could be when fused with Liebe. Nacht explained that they surely fused well this time but it was only for a moment.

He said that if Asta and Liebe will fight like this in the Spade Kingdom, they will surely die. In the end, Nacht told Asta and Liebe to train more so they could join them later. He is also leaving Gimodelo to help them polish their moves and power. Once they are done, Nacht told them to come and join the group.

The battle that will take place in the upcoming “Black Clover” chapter 274 will be important since its success will determine Yami and Vangeance’s fate. The Magic Knights are on their way while Asta continues to train but it won’t be long when he could join the group later since he will surely improve fast with his determination to fight with everyone else.

The team is now complete and ready to invade the Spade Kingdom and they are attacking with their matching new uniforms too in “Black Clover” chapter 274. Asta and Noelle are expected to arrive in the enemies' lair later with the rest of the Magic Knights who are not able to join Nacht earlier.

The “Black Clover” chapter 274 will be released on Dec. 6, as per Otakukart. Fans can read more spoilers when the raw scans are released by Dec. 4 on VIZ Media.