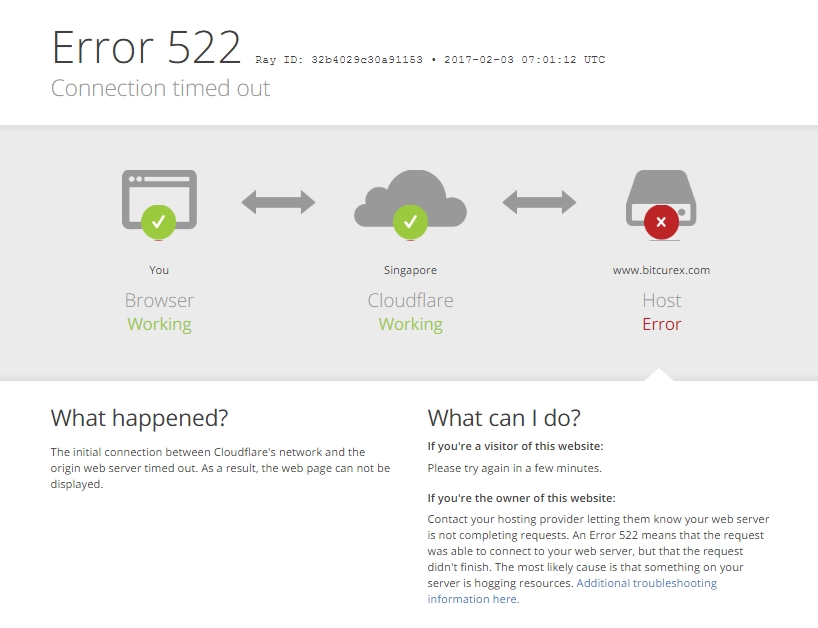 Bitcurex, the oldest bitcoin exchange in Poland, has suddenly gone offline, with its users losing access to their 2,300 bitcoins, Bitcoinist reported.

Local news source Gazeta reported that the circumstances of the disappearance of the exchange are “mysterious”. Problems first started appearing in October 2016, when users had problems to log in to their accounts. Bitcurex said at the time that its third party systems service was damaged by “external interference in automated data collection and processing of information”, resulting in the loss of part of the assets managed by it. It promised to return customer funds within 7 days, which never happened.

Launched in 2012, Bitcurex processed over $50 million worth of BTC transactions in its final six months. According to Gazeta, the exchange’s disappearance at a time when bitcoin price is going strong (over $1,000 at press time (Bitstamp), suggest fraudulent motives on the part of Bitcurex. However, all this is conjecture at the moment.

A user “Garth Johnson” wrote: “…Been a Bitcurex client since inception…I never expected you guys to sink to Mt. Gox's level.” (loosely translated)