Difference and Benefits of Blackout Blinds and Blackout Shades

Useful Additions for the Home When Aging in Place 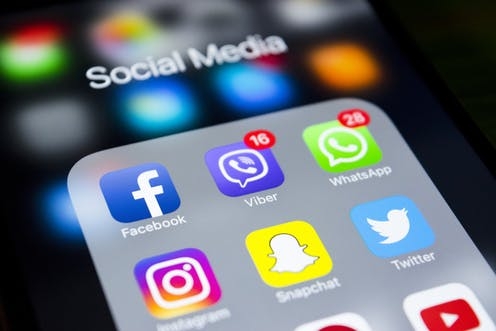 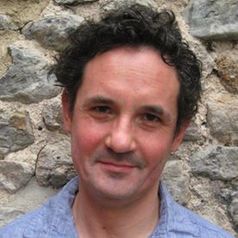 Big Tobacco likes to stay ahead of the curve – it has to in order to survive. Its fundamental problem is that one in two of its long-term users die from tobacco-related diseases. To hook a new generation into addiction, it has to try every advertising and marketing trick in its playbook.

And it has to be innovative. As one ex-marketing consultant remarked: “The problem is how do you sell death?” He said the industry did it with great open spaces, such as mountains and lakes. They did it with healthy young people and iconic images. So the Marlboro Man became a symbol of masculinity and, for women, the industry promoted smoking as a “torch of freedom”.

For years, the industry fought the regulators who slowly and belatedly restricted the places and ways it could advertise and market its products. Then came the internet, which was a dream come true for a tobacco marketeer. The industry could run riot in an unregulated haven. One commentator noted in Wired magazine in 2017 that the internet was a contemporary incarnation of the wild west.

As old rules no longer applied, Big Tobacco began using internet platforms, including Facebook and Instagram, to bypass advertising bans. They began paying social media influencers to promote traditional tobacco products as well as e-cigarettes online. And they were very successful at it.

In August 2018, the New York Times investigated Big Tobacco’s social media and Instagram influences. The paper found 123 hashtags associated with companies’ tobacco products, which had been viewed a staggering 25 billion times. Robert Kozinets, a professor at the University of Southern California, told the newspaper that what the industry was doing was a “really effective way” to get around existing laws to restrict advertising to young people.

The pressure on the industry to act increased in May 2019 when 125 public health organisations called on Facebook, Instagram, Twitter and Snapchat to immediately end the promotion of cigarettes and e-cigarettes. This included banning the use of social media influencers. The industry ignored the request.

In December 2019, in a landmark decision, the UK Advertising Standards Authority ruled against British American Tobacco and three other firms for promoting their products on Instagram, after a complaint by ASH, Campaign for Tobacco-Free Kids and STOP, of which the Tobacco Control Research Group at the University of Bath is a partner.

In a follow-up statement, Facebook and Instagram announced what many saw as a long-overdue update to their policy on tobacco. It said that branded content that promotes goods such as vaping, tobacco products and weapons “will not be allowed”. The statement made the bold claim that their advertising policies had long “prohibited” the advertisement of these products. The platforms promised that enforcement would begin on this in the coming weeks.

Headlines touting the new policy made it clear that the platforms will ban influencers from promoting e-cigarettes and tobacco products. For example, a BBC headline announced: “Instagram e-cigarette posts banned by ad watchdog.” But they missed three crucial points. First, Facebook’s policies are designed for companies that play by the rules, not for tobacco companies whose playbook is to find ways around them or flout them.

Second, those who track the industry’s activities online say it is notoriously difficult to tell what Facebook calls “branded content”. On Instagram, Big Tobacco’s influencers post glamorised images of vape products with hashtags such as #idareyoutotryit and captions such as “feeling Vype AF”. They don’t post content that simply says “paid promotion of British American Tobacco,” for example.

Finally, serious doubts remain about how any of this will be enforced. The reality is that Big Tobacco needs Instagram to survive and can’t afford to be excluded. A market research company, Klear, recently noted that 96% of all brands have incorporated Instagram into their influencer strategy and that global Instagram influencer marketing activity increased by 48% in 2019.

One of those who has tracked the industry’s use of social media is Caroline Renzulli of Campaign for Tobacco-Free Kids. In an email, she told me: “In the weeks since the announcement that influencers would be banned from promoting tobacco and e-cigarettes, tobacco companies have continued to exploit influencer marketing on Facebook and Instagram to advertise addictive products to young people without consequence.”

She added that: “Facebook and Instagram are uniquely positioned to cut off Big Tobacco’s easiest access point to kids and young people around the world – but without swift enactment and strict enforcement of new policies, the announcement is yet another hollow statement from a company that no longer has any excuse for inaction on this issue.”