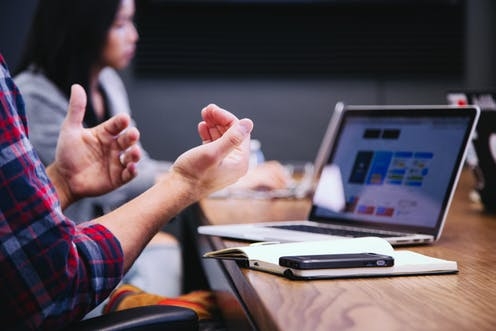 New research shows that more and more of our public conversation is unfolding within a dwindling coterie of sites that are controlled by a small few, largely unregulated and geared primarily to profit rather than public interest. Unsplash 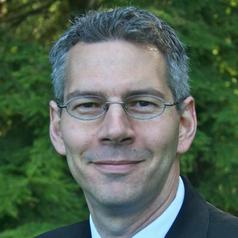 Hardly a week goes by without news of another data breach at a large corporation affecting millions, most recently Facebook.

In 2016, the issue became political with evidence of Russian interference in the U.S. election and the spectre of foreign control over public opinion.

American lawmakers called on Facebook’s CEO to account in high-profile congressional hearings, but the discussion focused mainly on privacy and personal data.

We have yet to come to terms with the staggering degree of control the major platforms exercise over political speech and what it means for democracy.

A new book into the economics of attention online urges us to do so. It shows that more and more of our public conversation is unfolding within a dwindling coterie of sites that are controlled by a small few, largely unregulated and geared primarily to profit rather than public interest.

False earlier assumptions about the net

In the recently published The Internet Trap: How the Digital Economy Builds Monopolies and Undermines Democracy author and professor Matthew Hindman suggests that as we enter the web’s third decade, market forces drive the vast majority of traffic and profit to an exceedingly small group of sites, with no change on the horizon.

Hindman’s findings unsettle an earlier picture of the web as a tool for broader civic engagement and a healthier democracy — a view prominently associated with Harvard’s Yochai Benkler.

In his 2006 book The Wealth of Networks, Benkler noted that in the industrial age, one could only reach a wider audience by making “ever-larger investments in physical capital” — for example in telegraphs, presses, radio and TV transmitters — ensuring a corporate monopoly over public speech.

But with digital networks enabling anyone to reach millions of people for virtually nothing, the public sphere was sure to become more accessible, diverse and robust. Others were equally bullish.

Yet, as Hindman wrote in 2008 in The Myth of Digital Democracy, the blogosphere did not result in a great dispersal of attention or a big increase in audience diversity. By decade’s end, news and political organizations online remained highly concentrated.

James Webster corroborated this view in 2014’s The Marketplace of Attention, showing that greater diversity and polarization on the web had been “overstated.” The long online tail stretches far, he noted, but few tend to dwell for long in the “sanctuaries” at its extremes.

Early assumptions that the web would be boon to democracy have proven woefully false. John Schnobrich/Unsplash

In The Internet Trap, Hindman extends the inquiry, finding that while the net does lower the basic cost of mass communication, the cost of building and keeping a large audience remains high.

Studying the rise of sites like Google and Amazon, Hindman found that the net’s most popular sites built and maintained their audiences by harnessing “a host of economies of scale” that go beyond network effects.

Popular sites have the staff and resources to ensure their sites “load faster,” “are prettier and more usable” and “have more content updated more frequently.” Their users are “more practised in navigating” their sites and return more often, boosting their search rankings and ad revenue.

What it means for news and political speech

We often assume small newspapers “have a revenue problem, not a readership problem.” Hindman shows they have both. Tracking some 250,000 users in the “100 largest local media markets” in the United States, he found that local news sites garner roughly one-sixth of news traffic, and “just one-half of one per cent of traffic overall.”

But his findings suggest it may not be that simple.

Hindman’s work points to a future where a few sites exert an outsized influence over public debate, raising a host of concerns.

Russian interference in another major election by hacking a hugely popular platform like Facebook is obviously one of them.

More crucially, as British historian Mark Mazower notes, the near-monopoly over attention online by Facebook and other large sites threatens democracy by constraining conversation in terms of “profits not politics.”

The large portals encourage “instant gratification, when democracy presupposes a capacity for frustration and patience.” As Mazower writes: “Populism is the natural condition of democratic politics in the age of Twitter.”

If our picture of the web as a tool for citizen empowerment is a mostly a mirage, it’s time we regulated the dominant sites more effectively in order to serve the public interest.