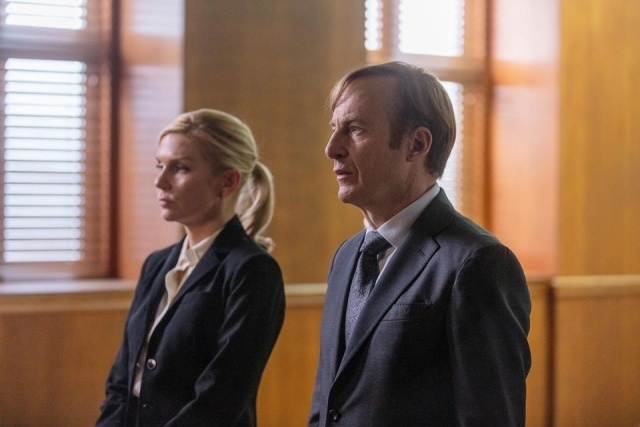 “Better Call Saul” season 5 episode 8 will show Jimmy McGill (Bob Odenkirk) trying to save his client Lalo Salamanca (Tony Dalton) who is in prison. The lawyer will also receive a request from this antagonist who’s also a member of a Juarez Cartel and it’s quite a dangerous order. Still, he will do it since it involves a lot of cash.

“Better Call Saul” season 5 episode 8 has been titled “Bagman” and as posted on AMC, its plot summary reads: “When a simple errand for a client goes sideways, Jimmy is pushed to the limit; Mike takes measures to contain the wrath of the cartel; Lalo gets an unexpected visitor.”

Spoiler - What to expect

Like what was outlined in “Better Call Saul” season 5 episode 8 synopsis, Jimmy has to run an errand for his client who is in jail. As can be seen in the preview trailer of the next episode, Lalo was reading a paper and the headline is about a fire that engulfed one of Gus Fring’s (Giancarlo Esposito) restaurants called Los Pollos Hermanos. When Jimmy asks why he’s laughing, Lalo replied that he would not get it so he just quit asking.

The next scenario in “Better Call Saul” season 5, episode 8, showed Lalo giving the direction on where Jimmy needs to pick up bags of money from the cartel amounting to $7 million. His destination is in the desert in Mexico which is really far and as suggested in the synopsis, he may get into bigger trouble or encounter a problem while trying to collect the bags. It is possible that things did not go as planned and will only put the lawyer in a really tight spot.

Still, the money which will serve as bail will ensure Lalo’s freedom but trouble may arise and there’s a possibility he may remain in jail longer than expected. With regards to his surprise visitor in prison, this is uncertain so fans have to wait for “Better Call Saul” season 5 episode 8 to see who it is.

Meanwhile, on Reddit’s thread for “Better Call Saul” season 5, episode 8, the viewers are commenting that they could not believe that Kim will still stick with Jimmy despite his crook ways when dealing with his clients. “It's getting hard to believe that Kim would still wanna be with him at this stage,” one fan stated. “Just a couple seasons ago she was appalled at the thought of Jimmy doing shit like forgery.”

Others commented that they thought Kim would run away from Jimmy after seeing what he has been doing. They said that they assumed Kim would realize she made a mistake and will leave Jimmy for good, but to their surprise, she allowed him to do what he wants and she supported him.