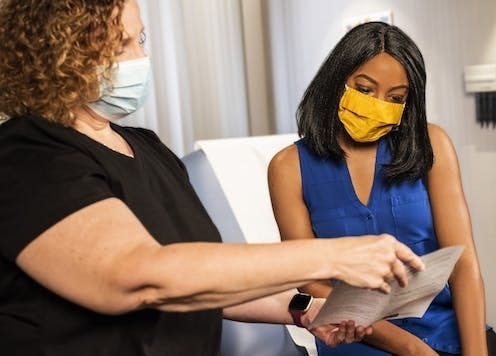 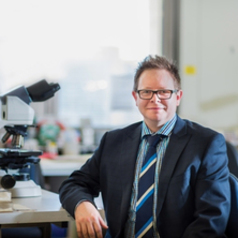 Regulators in Australia and the United States last week approved Omicron-specific boosters, following approval in the United Kingdom in mid-August.

In Australia, a Moderna Omicron booster has been provisionally approved for use in adults aged 18 and over. Supplies are expected to arrive in the coming weeks, however the Australian Technical Advisory Group on Immunisation (ATAGI) is yet to advise the government on how the vaccine will be used.

So what’s new about the Omicron booster? And what sorts of advances in vaccine technology might we see next?

Why do we need new vaccines?

The current COVID vaccines will go down in history as one of the greatest achievements of medical science. Developed at record pace – without omitting any of the usual steps to ensure safety and efficacy – the vaccines significantly decreased the risk of severe disease and death.

But they’re less effective at reducing infection. Frequent boosters have been required to protect against new sub-variants. This is because the spike protein, which the vaccines target, has changed. And over time, our protection has reduced due to waning immunity.

What are the Omicron-specific vaccines?

Most manufacturers of approved COVID vaccines began making boosters targeting previous variants as far back as Alpha. But until Omicron, these variant-specific boosters offered no significant advantage over vaccines targeting the original, or Wuhan, strain.

The new Omicron boosters combine two different targets in the one vaccine, known as a bivalent vaccine. This provides broader cross-protection – against the currently circulating variants but possibly against future variants too.

The first of these boosters, manufactured by Moderna, targets the BA.1 Omicron sub-variant in addition to the original or Wuhan strain. It also provides some protection against BA.4 and BA.5. This is now approved in the UK, Australia and US.

The US has also approved the Pfizer bivalent booster, which targets the spike of BA.4/BA.5 as well as the original strain.

Scientists are working to develop COVID vaccines that:

More than 120 potential COVID vaccines are in clinical trials. Here are some of the improvements they’re working on.

Candidate vaccines using this approach include Icosavax and one from the Serum Institute of India.

DNA-based vaccines are similar to mRNA vaccines (Pfizer and Moderna) but are more temperature-stable, making them easier to transport and store. One such vaccine, by manufacturer Zydus, has already received an emergency use authorisation in India and is injected into the skin. Another, by Inovio, is undergoing phase three trials.

India’s Zydus Cadila has made the world’s first authorized DNA vaccine (for Covid-19). @SmritiMallapaty takes a look at the advantages that this new class of vaccines may have over other kinds. https://t.co/Zs4Py5B0ug

With current COVID vaccines, the body is given instructions to make the spike protein, or the spike protein itself is delivered. The vaccines cannot replicate or reproduce themselves. Vaccines that can replicate have the potential to generate stronger immune responses or strong enough responses from lower doses.

Finally, many vaccines under development have the ambitious target of protecting against all coronviruses or vaccines that are essentially variant-proof. While this has not so far been achieved for any similar family of viruses, there are many promising candidates.

Many rely on combining antigens from many different parts of the virus or even multiple coronaviruses. Others combine multiple receptor-binding domains (potentially allowing the vaccine to give a broader immune response against a range of variants) with other innovative technologies.

Current vaccines rely on administration via a needle and syringe. This is an issue for people with needle phobias, and presents challenges for the disposal of sharps. So many vaccines being developed are given via alternate routes.

One way to deliver vaccines is through the nose, known as intranasal vaccination. Rather than injecting, you breathe it in.

Giving the vaccine via the same route the virus gains entry has the potential to generate a response that’s better able to stop the virus entering in the first place.

One of the main limitations of nasal vaccines is getting a strong enough immune response to be effective. However there are many promising candidates, including one I’m working on.

Vaccines given via the skin are also a promising area. In addition to the DNA vaccines injected into the skin, others are being developed using vaccine coated onto patches, essentially made of microscopic needles. This is easier to administer.

It may also have some advantages in terms of immune response and its ability to be stored at room temperature. One such vaccine that looks promising has been developed by a group originally from the University of Queensland.

Finally, oral vaccines you drink are also under development. While potentially the most convenient method of administration, it’s also one that poses great challenges in terms of getting a strong enough response for the required effect.

While up to five vaccines in development are exploring this avenue of administration, including one I’m involved in, they are in relatively early phases of clinical trials.