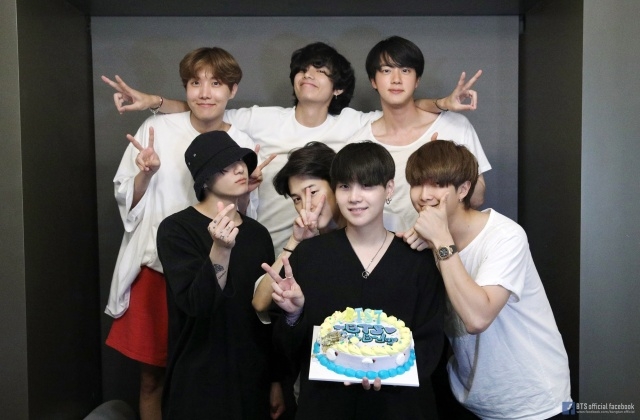 BTS is surely getting more recognized around the world that even gaming companies are interested in collaborating with them. The South Korean boy band will be teaming up with Epic Games for the release of its new music video via the gaming company’s “Fortnite” battle game.

On Sept. 21, BTS announced via Bangtan TV on YouTube that they will unveil their never-before-seen choreography for their first English song. The seven members that include RM, V, Jungkook, Jimin, J-Hope, Suga and Jin revealed that the “secret venue” for their new music video premiere is non-other than the “Fortnite!”

BTS will show the music choreography version of “Dynamite” through the Fortnite: Party Royale. The group further shared that at the end of the video, there will also be a Tropical Remix listening party that fans should not miss because it will allow them to sing and dance along.

BTS mentioned that its “Dynamite” MV is dropping on “Fortnite” this coming Sept. 25 at 8 p.m. EDT. All the fans need to do is open the game and get into the Party Royale mode.

Once there, they can head to the main stage where players and friends gather to have fun by watching concerts, movies or simply hang out together. It should be noted that “Fortnite” is not available in Apple’s app but it is free to download on Xbox One, PlayStation 4, PC, Nintendo Switch and Android.

BTS chosen to speak at the UN assembly

Meanwhile, The Korea Herald reported that BTS is set to speak at the upcoming 75th United Nations General Assembly. The group is not new to this as this is the second time that they were invited to the event.

The UNICEF’s Korean Committee asked BTS to deliver a message of hope amid the difficulties that the world is facing today. The seven members are expected to talk about the hardships that the future generations may face because of the coronavirus pandemic that crippled the world.

At any rate, BTS is set to speak on Wednesday, Sept. 23 and it will be broadcast live at 9 a.m. EDT. The UN is composed of 40 member countries and the group is surely honored to be part of this general assembly.