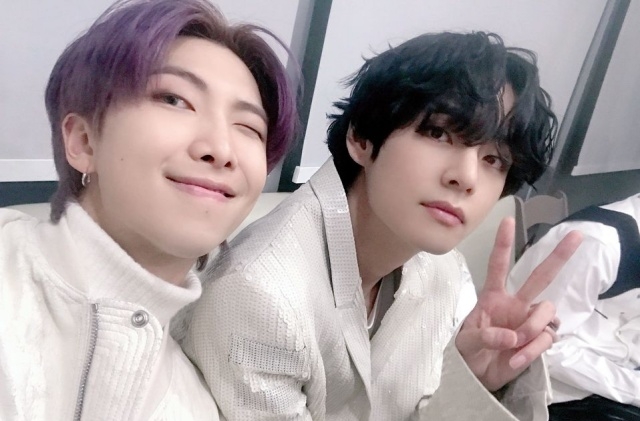 on MBC’s “Bae Cheol Soo’s Music Camp” radio show. The band has been invited to talk about their latest accomplishments at the Billboard through their first English track “Dynamite” and their upcoming activities.

Now, most probably one of the highlights in this interview was the fact that BTS V was caught off-guard. The 24-year-old did something that he should not have especially when millions of fans are watching.

As per Koreaboo, BTS V had an embarrassing episode during their guesting. He just zipped up his fly when the cameras have been in place to film and stream the interview worldwide!

Apparently, he did not know that they are being streamed since it is a live radio show. After learning that the show was actually being aired live, BTS V’s shocked reaction was also caught on the live stream via YouTube.

Almost immediately after Bae Cheol Soo announced they are broadcasting live, Kim Taehyung frantically searched for the cameras and as they found them, he was visibly stunned that he can’t even close his mouth.

Fortunately, no one in the BTS members knows about what happened to BTS V, or else, they could have been teasing him already. The show aired on Sept. 14 and was viewed by millions of people around the world.

At any rate, Allkpop reported that Tony award-winning actress and famous Filipina celebrity. Lea Salonga, recently declared that she is a fan of BTS V. Her reveal only made Taehyung’s list of well-known fans longer.

It was said that Salonga’s support to BTS V was revealed after she shared a link of an episode of BTS’ “American Hustle Life” where Iris Stevenson, a choir director and consultant of the film “Sister Act 2,” was featured. The theater actress narrated that when the director told BTS V that he has a “soulful” vocals and encouraged the seven members to do their best.

Lea Salonga said that this same man also healed, encouraged and influenced her to become a better singer. She also became stronger because of this mentor. After sharing her story, she mentioned that “Yes,” BTS V is her bias.