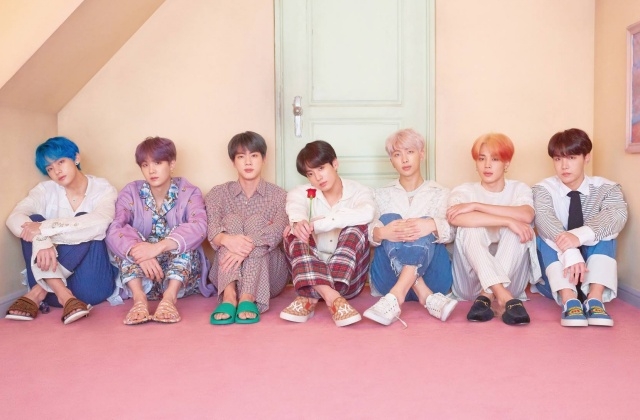 BTS is gearing up for the release of their new album this week. Pre-orders for the “Map of the Soul: 7” already began last month, and as of today, it was reported that it already exceeded the four million mark in orders.

The studio album hit 4.02 million pre-orders based on the figures released by BTS’ music distributor Dreamus Company. Soompi reported that the number is as of Feb. 17 only, and this is much more compared to the group’s previous album that was released last year titled “Map of the Soul: Persona.”

An additional treat to the fans of BTS is that they will be seeing the members RM, Jungkook, Jin, Jimin, V, J-Hope, and Suga again in an American TV show. It was revealed that the South Korean boy band already recorded an episode for the "Carpool Karaoke," a favorite segment in James Corden’s "The Late Late Show with James Corden."

This segment is known to feature popular musicians and artists. They showcase their big hits and belt out some good songs since it is technically a karaoke place where they are supposed to sing.

Some of the singers who already appeared on the show include Lady Gaga, Ariana Grande, Adele, Miley Cyrus, Katy Perry, Ed Sheeran, and more. Needless to say, only A-list singers are invited inside James Corden’s car, and fans are happy that includes BTS. At any rate, on Feb. 18, James Corden announced that the episode with BTS is set to air on Feb. 25.

"It's going to be harder, it's going to be whatever you're expecting it is -- it's going to be better and harder," RM told Entertainment Tonight when asked to say something about BTS’ guesting on the said segment show. “I can't tell more, It's the hardest we can go. We're always personal and frank in our messages and tracks."

Meanwhile, after BTS drops their newest album on Feb. 21 at 6 p.m. KST, a world tour concert will follow in April. The seven-member group will be touring the U.S., Japan, Europe, and North America. The schedules of the tour were already released.