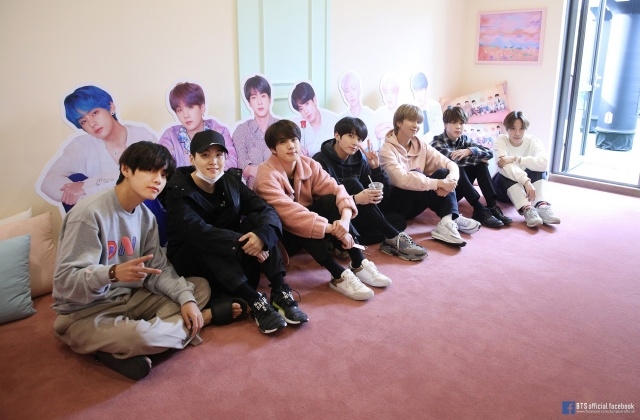 BTS is in the running for three awards at this year’s Billboard Music Awards (BBMAs). The nominees for each category were revealed this week and fans were thrilled with their favorite group’s nominations.

One of the categories that the South Korean boy band was voted in is the “Top Social Artist.” Artists get a nomination under this category thorough the fans’ votes. For four straight years, BTS’ name is on this list and they win every time. Thus, the ARMYs are hoping for another win this year.

Voting period and other nomination details

The group is competing with four other nominees for the Top Social Artist award and three other candidates are also Koreans. BTS will be contending with GOT7, EXO, Billie Eilish and Ariana Grande. They Kpop superstars are also aiming to win in the Top Collaboration category.

The seven-member group composed of Jungkook, V, RM, Jimin, Jin, J-Hope and Suga was also nominated for Top Duo/Group and will compete with the Jonas Brothers, Dan + Shay, Panic! At The Disco and Maroon 5. This is the second year that in a row that the boys were listed in this award category.

In any case, Billboard’s announced that the voting period for the BBMAs will start on Oct. 1. The ARMYs which could be considered as the best fandom in the world will definitely make sure that BTS will reign and bring home those awards to be won.

Controversy over non-nomination of BTS

Then again, there is a bit of controversy in the upcoming BBMAs as some fans of the Bangtan Boys are accusing Billboard of being unfair. This resulted from the fact the group was not included in the list of nominees under the Top Touring Artist category. Many of the ARMYs think that BTS was snubbed when they are the most qualified artist to be nominated.

As per Koreaboo, fans called out Billboard as they wonder why their favorite group is not on the list. They have huge concert ticket sales last year and had sold out all the venues in different parts of the world.

Plus, it was pointed out that based on Billboard‘s Year-End Boxscore Charts for 2019, BTS placed third in the highest-grossing tour and earning over $196 million in sales. Each year, it is expected for the top 5 to be nominated but BTS, despite being in the top 3 was not.

The reason for non-nomination explained

The Kpop media outlet explained that while BTS is highly-qualified, the problem is the period for eligibility. Billboard includes artists who performed only within certain dates. In this case, the nominees’ shows should fall between March 2019 and March 2020.

BTS’ sold-out concert shows in Hong Kong, Singapore and Japan were not listed because these took place either before or after the covered time-frame. At any rate, the BBMAs is set to take place on Oct. 14 and Kelly Clarkson is hosting.