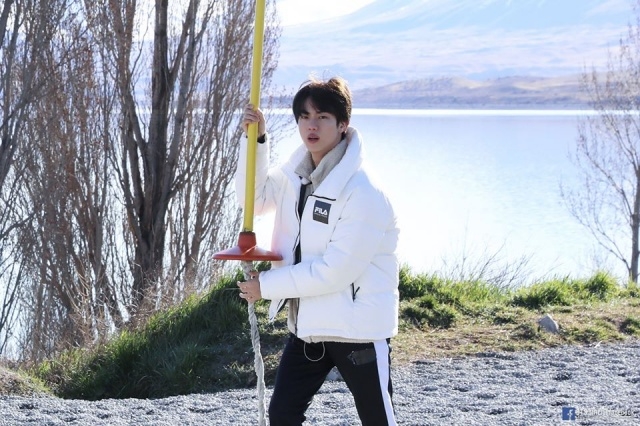 BTS Jin might face some issues with regards to his trips abroad next year. This means to say that if his group has schedules outside of South Korea like concerts, photoshoots, filming and others, there could be instances when he could not join the team.

Newsweek reported that this unfortunate possibility is due to the fact that he is already in the age to enlist in the army. He is apparently affected by the new regulations that were set by his country’s Ministry of Culture, Sports and Tourism (MCST) for celebrities that have to serve in the military.

The call of exempting the BTS members from army service

The new rules for army enlistment of Kpop idols were highlighted again last month after there were calls for the members of the BTS band to be exempted from the mandatory army service. Fans and some officials think that RM, Jin, J-Hope, Jimin, Jungkook, V and Suga could be given a special exemption because they have brought immense honor to South Korea.

Plus, they pointed out that the group has extensively helped with spreading Korean culture around the world. The calls started as BTS Jin and the other members are already coming at the age when they should enlist.

The new rules for enlistment

In the past, the age that Korean men should serve in the army is before they reach 30 but the regulations were revamped as issues regarding the enlistment of Kpop idols and other celebrities have been cropping up often. The government wants to create a clear outline so in August last year, the new rules were announced.

SBS News reported that the update rules took effect in August 2018 and it stated that Korean men could only delay their enlistment up to the age of 28. BTS Jin celebrated his 27th birthday early this month so it means he already needs to leave his work as an idol soon.

He only has a year left prior to enlistment and this is the reason why his travels in 2020 would be restricted. Also, it was stated in the new rules that those who are scheduled to enlist must get permission to travel first before they could go abroad and this also applies to BTS Jin.