Are esports the next major league sport? 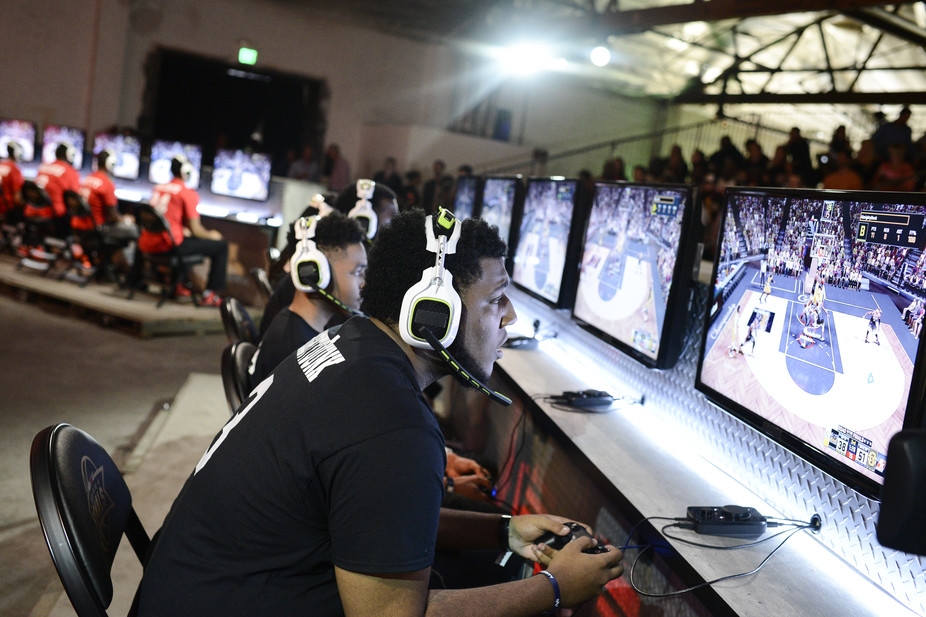 Two basketball teams go head-to-head in an esports competition, with spectators cheering them on. Dan Steinberg/Invision for NBA 2K/AP Images 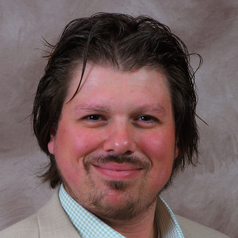 In late 2016, a sports championship event was held in Chicago, drawing 43 million viewers during the series finals. That was 12 million more people than watched the 2016 NBA Finals.

It wasn’t soccer, or football, or even the World Series of Poker. Instead, it was the “League of Legends” World Finals, an esports competition.

Video games have been popular for more than 30 years, but competitive gaming, or esports, has recently emerged as a spectator activity that can draw thousands of attendees and viewers. Major sports networks such as ESPN, Fox Sports, MLB Advanced Media and the Big Ten Network have started broadcasting esports competitions, often partnering with major gaming companies like EA Sports, Riot and Blizzard. What is driving this phenomenon, and where is it taking us next?

At first glance, the idea seems crazy, particularly to older consumers. Why would anyone want to watch other people playing video games? As a researcher focused on user experiences with social media, I have been watching the esports phenomenon develop over the last few years. My current work, with Matthew Zimmerman from Mississippi State University, looks at why users watch esports. Our preliminary findings suggest that esports spectators often play the games themselves, using the viewing process as a way to learn more about the games in question and improve their own skills as players.

In addition, many spectators take genuine pleasure in watching others play, finding the competitive culture immersive and experiencing watching esports very similarly to how they watch traditional sports.

Esports viewing has increased markedly over the past few years: The global market grew to US$696 million in 2016, and may exceed $1 billion by 2019. Media payments for rights to cover the events total nearly $100 million of that; consumers are paying $64 million for event tickets and merchandise. Most of the rest comes from advertising and sponsorship spending. The combined markets of China and North America account for more than half of global esports revenues.

A key attraction of esports is that regular people can play the very same games as the esports stars, often in real-time multiplayer tournaments. Millions of people play “Overwatch,” “League of Legends” and “Dota 2” in their own homes, and many of them participate in collaborative games and battles on communal video game servers or networks such as Steam. Familiar with the games, eager to learn new techniques and excited to celebrate expertise, these at-home players are very interested in watching top-level players in action.

Game 1 of the Grand Finals for the 2016 League of Legends World Championships.

Sean Morrison, a digital media associate for ESPN who specializes in esports coverage, told me he isn’t surprised by the surge in esports attention.

“I think the growth of esports is a generational shift more so than people suddenly becoming interested in video games,” says Morrison. “This generation of teens grew up on YouTube, watching streams, communing on internet forums – you name it. And esports is big business, too; it’s natural that people would wonder what the big deal is. All the hype kind of fuels itself, and that, combined with how many people have now grown up with this as a form of normal entertainment, has made it so big.”

Michael Sherman, college esports lead for Riot Games, the makers of “League of Legends” and other games, agrees.

“Watching video games is a very social behavior. Now you as a spectator have an opportunity to see the best people play. Aspirationally, you watch and say ‘I want to do that,‘” Sherman said to me. “It’s different from traditional sports like the NFL. I don’t watch football and go outside and throw the ball around. In esports, a lot of people watch and then they go play.”

While large sports media properties such as ESPN and the Big Ten Network have staked out territory in the esports world, many spectators get their daily fix from Twitch.Tv, a personal streaming service that specializes in video game streams. Twitch allows users to broadcast their own gameplay, while also hosting esports competitions and other video game shows. The service, which was purchased by Amazon for almost $1 billion in 2014, has helped esports to grow, by allowing gamers and viewers to directly connect with each other.

Twitch capitalizes on the very familiar practice of communal game watching. Over time, many video gamers have gotten used to watching others playing games while waiting for their turn with the controller. Twitch globalizes that experience, and – just as friends together in front of a TV can comment on each other’s play – lets viewers and the player interact directly online.

This is a boost beyond what many games allow. It’s quite common for games to have online components where players can take on opponents from anywhere in the world. But only on Twitch and similar esports platforms can nonplayers watch the action. Twitch’s elite gamers generated $60 million in subscriptions and advertising revenue in 2015 alone, per a CNBC report.

The interest and money have been encouraging the adaptation of games into leagues and sanctioned sports for years. Worldwide leagues exist for “Call of Duty,” “FIFA,” “Overwatch” and “Halo.”

The final match of the 2016 FIFA Interactive World Cup.

Lately, college teams have been getting in on the action. “The biggest development has been universities adopting 'League of Legends’ as a sport,” says Riot’s Sherman. “In 2014, Robert Morris University was the first school to launch a varsity program. Now we’re up to about 25 schools.”

University-based teams allow several important elements of sport organization to coalesce in the esports marketplace. These teams feature young, enthusiastic gamers who are good enough to be competitive internationally, and institutions of higher learning who are keen to utilize the marketing potential of a rapidly developing sport to spread their brand. Esports have existed for many years outside of the official university environment, but official sanctioning by universities could help to boost the visibility of esports, as well as the games played in competitions.

“We announced in August that we had 100 million active monthly players globally for ‘League of Legends,’” Sherman says. “That was up from 64 million two years prior.”

While “League of Legends” continues to expand on the collegiate level, “Overwatch” has an eye on further changing the esports marketplace.

The Overwatch League, likely to launch in 2018, looks to have existing sports franchises in major cities across the globe own esports teams as well. The game designer, Blizzard, wants to create fan interest based on geographical and cultural relevance. The Overwatch League would also include regular broadcasts of matches on both TV and internet-based channels, as well as player contracts.

ESPN’s Morrison expects the Overwatch League model to help spur on esports spectator base growth. “‘Overwatch’ is going to blow up in the next couple of years,” he said. “Between the Overwatch League, which is going to be more like traditional sports than any league before it, and the number of competitive series popping up within it, ‘Overwatch’ will likely become the number one esports title before long. Multiplayer online battle arena (MOBA) games like ‘League of Legends’ have long been the center of the esports universe, but games like ‘Overwatch’ that combine MOBA elements in hero choice with faster-paced gameplay are becoming a mainstay.”

The sports media landscape continues to change, and esports seem to be a natural evolution of that process. Competitive video gaming was hard to conceive of 20 years ago, and even harder to conceive of as a spectator sport. But broadband internet, online video, social media and shared gaming experiences have taken esports to the brink of worldwide acceptance as a legitimate form of consumer entertainment. The next five years promise to be fascinating to watch – or to play.

Galen Clavio does not work for, consult, own shares in or receive funding from any company or organization that would benefit from this article, and has disclosed no relevant affiliations beyond the academic appointment above.