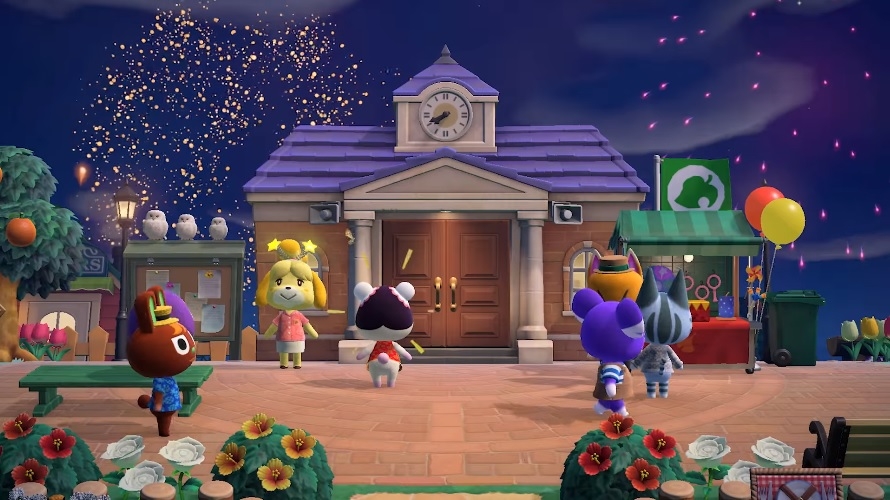 It has been a while since “Animal Crossing: New Horizons” received an update with a lineup of free content, but the drought is finally ending this week. Nintendo has announced the official release date for version 1.11, while the developer also confirmed that more free content is planned to arrive later this year.

Nintendo announced that a free update for “Animal Crossing: New Horizons” is arriving on Thursday, July 29. While the video game company was not very specific about what the update will entail, Nintendo provided a teaser photo that suggests it will be the long-awaited summer patch.

Fireworks are one highlight in the teaser. It can be recalled that the seasonal event Fireworks Shows was one of the major additions in the two-part Summer Update for “Animal Crossing: New Horizons” in 2020. And it looks like it is making a timely comeback this year.

A free update for #AnimalCrossing: New Horizons arrives on July 29. Please ensure you have updated to the latest version to enjoy the upcoming weekly Fireworks shows and new seasonal items. pic.twitter.com/NiIb0M5wAv

The Fireworks Shows, as the event’s name suggests, featured weekly in-game fireworks displays throughout the month of August. Each show happened every Sunday of the month from 7 p.m. to 12 midnight. The feature also allowed “Animal Crossing: New Horizons” players to make their custom fireworks displays that can lead to winning certain raffle prizes from Redd.

As with every update, “Animal Crossing: New Horizons” version 1.11 will likely add new and themed items to Nook’s shop. GameSpot also reports that Nook will sell two new items to celebrate the Japanese Obon Festival for a week in August. In the following month, players will be able to participate in the moon-viewing festival by purchasing mooncakes from Nook on Sept. 12-21.

Considering that that latest major patch for the game was released in late April, the arrival of “Animal Crossing: New Horizons” version 1.11 this week should be good news for most fans. It may be happening later and on a smaller scale than last year, but Nintendo promised that more new items are being developed for the game. The developer did not provide specific details yet about the future content but confirmed that they are slated to release “later this year.”