A Story Of A Self-Made Man: Software Developer Kuanysh Bayandinov Proves That Nothing Is Impossible 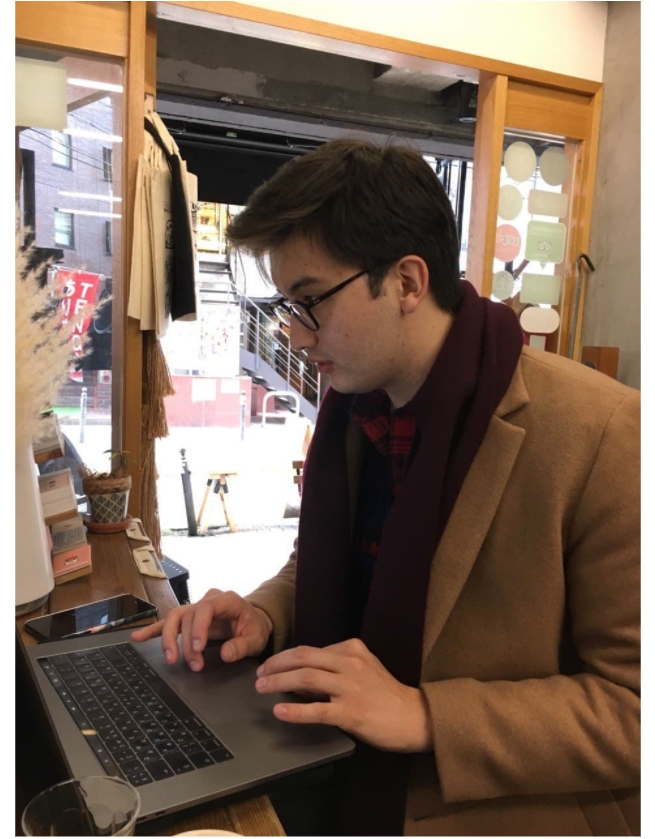 The dawn of the XXth century was a transformative period for countries of Central Asia. Kazakhstan, the last country to leave the Soviet Union, declared its independence in 1991. Ten days later, the Soviet Union itself ceased to exist. Despite the obvious victory of independence, Kazakhstan still had a lot of ground to make up for when it came to economic and technological development. It became obvious that the potential of the industrial age was pretty much exhausted and that, unfortunately, technological progress did not translate directly into high growth of labor productivity and economic stability.

This socio-political era was not prospective or encouraging for the emergence of young tech talents. Limited access to up-to-date learning materials, quality programs, and manuals was a very real obstacle that many tech enthusiasts faced in their pursuits to make a difference in their community and to carve out a better life for themselves. Language barriers played a significant role as well, because the scarce materials that were available usually required a good command of English.

One Kazakh man, however, didn’t allow these hindrances to stop him. Here unfolds the inspiring story of Kuanysh Bayandinov, a software developer and technology start-up founder whose dreams pushed him to achieve nearly impossible goals. After humble beginnings as a frontend developer in Astana, Kuanysh’s self-made talent and determination, combined with an adventurous mindset, got him lucrative cooperation with top tech companies in the US, Denmark, and Canada. Now, he is the proud owner of Xevol, a platform facilitating the digitalization of products for non-tech entrepreneurs.

Kuanysh still remembers the moment that sparked his entire career and planted a seed of endless possibilities in his mind:

“When I was three years old, my dad brought a computer home, which was a pretty rare thing, especially in that region. During that summer on a trip to my aunt’s in Moscow, I met a programmer who showed me the command line and basic HTML editing with a moving paragraph in it. I got interested and quickly created my first website at the age of 12” - Kuanysh recalls.

Self-learning is the key to everything

From this moment on, Kuanysh was absorbing as much tech knowledge as possible and continuing to develop websites – doing firmware upgrades, jailbreaking, or making software installations. Eventually, he had a chance to visit a distant family in Scotland, which was a real game-changer regarding his English speaking skills. Eager for self-improvement and hungry to see the world, Kuanysh started traveling around the globe and realized that his passionate software developer journey had just begun. Equipped with the necessary front-end developer skills and enough courage, he realized how much he had to offer already and that his path didn’t have to be like everyone else’s.

“It became clear that speed is indeed a feature, and self-learning is the key to everything. After leading front-end development for local entities, I started to see that the local market was too tight for me and that I had no reason to limit myself.” Kuanysh says.

Pushed by curiosity and wanderlust, Kuanysh has been to 27 countries. Working remotely as a web developer during his travels, he was able to collect a variety of experiences, which ultimately gave him a clear understanding of what really matters in the software development industry. The answer was simple: global markets. Kuanysh discovered that by escaping the small market mentality, anyone could be successful by relying on their own talent.. What often actually limits the success of someone’s product is the invisible wall separating them from global markets. The main issue has been the absence of effective tools for developing and presenting products to a broader audience, as local markets couldn’t provide enough opportunity to move forward.

“The general impression was that there [wasn’t] enough opportunity in local markets, especially for non-technical talents. That’s just the way the global economy works for places like my home country. People are experts but getting a client, creating a product, and changing mindset are the tricky parts that require commitment and know-how” - Kuanysh concludes.

Kuanysh decided to take action to support the talented peers that he left behind in Kazakhstan. This is how the idea of Xevol was born. The remote creator economy and the popularity of the no-code movement helped to lay the ground for launching this innovative SaaS tool, which turned out to be a breath of fresh air for non-technical talents hoping to push their product to the global digitalized market. Xevol makes it easy for experts to create and publish digital products like books, courses, and informative pages while earning a profit from them. A template-like interface simplifies the process of creation and opens the door to talented people, who are able to focus on their expertise rather than getting overwhelmed by the digital tools. What is more, Xevol enables users to build a complex interactive front-end for uploading and selling files, which is an essential step to kicking off a digital career.

In comparison to the 1990s, the systemic changes fueled by modern technologies are very visible in Kazakhstan and its neighboring countries. They support the growing quality of education and the spread of technological facilitation. Since 2020, 90% of secondary schools have been using an e-learning system, government scholarships for university students have increased by 25%, and 80% of students graduating from governmental university programs found employment in their field of specialization soon after graduation. Kazakhstan’s passion for education has become even stronger thanks to the tangible possibilities offered by innovative tools such as Kuanysh Bayandinov’s Xevol. This story of a self-made man and his self-made tool, developed from scratch against all odds, has shown that nothing is impossible.