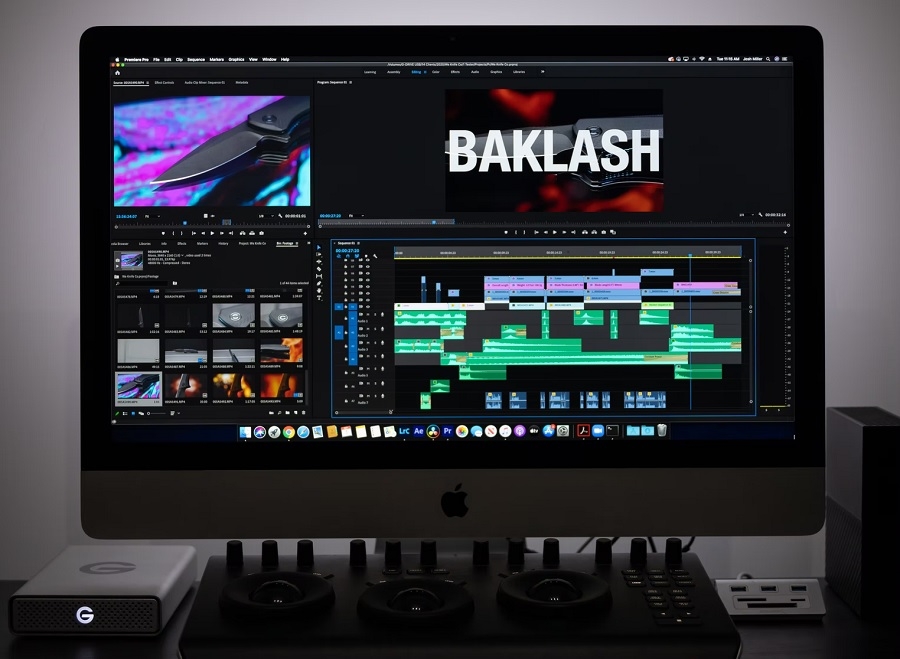 Apple is expected to have more Mac-related announcements to make in 2022, and one of the computers that could be unveiled is a new iMac Pro. A new report says the next iMac Pro will still have a 27-inch display, but it is packed with significant upgrades to improve its performance.

The latest information on the 27-inch iMac Pro comes from a recently published blog post by analyst Ross Young of the Display Supply Chain Consultants (DSCC). Based on their information from the supply chain, the organization predicts the next iMac Pro to feature a mini-LED backlit display with oxide backplanes.

The launch of the new iMac Pro is also expected to mark the first time Apple will bring its ProMotion technology to the iMac line. When it was launched on the iPad Pro in 2017, Apple described ProMotion as “a new technology that delivers refresh rates of up to 120Hz for fluid scrolling, greater responsiveness and smoother motion content.” Earlier this year, Apple brought ProMotion to the new iPhone 13 Pro and MacBook Pro.

DSCC’s report on the iMac Pro display specs lines up with an earlier leak from dylandkt. The leaker also claimed that Apple will maintain the dark bezels, while the overall design would look similar to the 24-inch iMac and Pro Display XDR.

The 2022 iMac Pro is also expected to join the devices that will transition to using the Apple silicon. Specifically, the high-end all-in-one desktop could ship with M1 Pro and M1 Max chips, which were first introduced on the MacBook Pros unveiled last October.

The said processors can support high unified RAM and storage options as seen on the 2021 MacBook Pros. But it is still unclear if they can match the capacities made possible by the Intel Xeon W-series chip used on the iMac Pro that was discontinued earlier this year. However, the same leaker noted that the next iMac Pro’s base model will offer 16GB RAM and 512GB storage.

Earlier reports mentioned the possibility of the new iMac Pro being announced in the first half of 2022. But the recent DSCC blog post narrowed down the potential release window to spring 2022, which suggests there could be a major Apple launch event in March or April next year.

Photo by Josh Miller on Unsplash