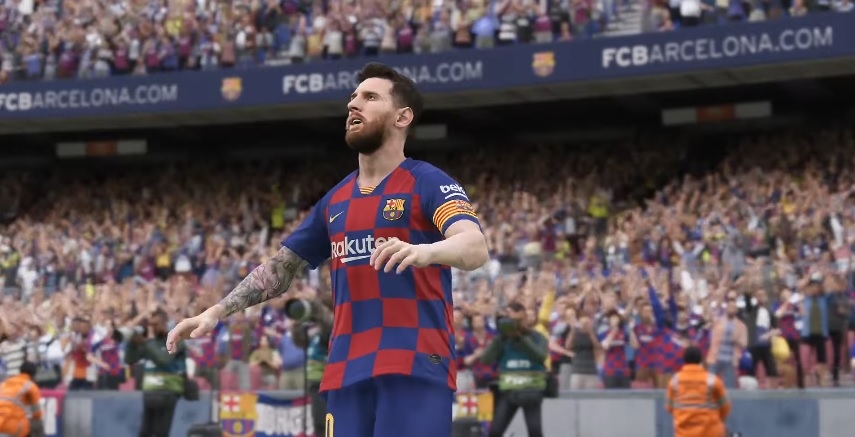 “eFootball PES 2020” players are always on the lookout for upcoming Data Packs because this is where Konami usually releases new content and needed patches. Data Pack 3.0 came out recently, and some initially thought it would only have player face models since it was all Konami was showing fans. However, it was a good surprise when the update arrived with several adjustments and fixes for the gameplay.

There are six specific gameplay fixes and adjustments Konami announced in the “eFootball PES 2020” Data Pack 3.0 release notes. Most of it was due to bugs that caused issues on several features of the game.

The option to change the ball type during Local Matches with Spanish League clubs was not working properly before Data Pack 3.0 was released. Konami also fixed certain issues on the player data that was causing certain positions and players to have the wrong stronger foot in a game.

Manually set Shot Type was also showing some problems such as not allowing players to kick a Controlled Shot. A bug that was prohibiting substitutions from being displayed on the screens of all players in a match was also fixed in the latest “eFootball PES 2020” Data Pack. Issues that were causing some features in the Team Play Lobbies and Stadium camera settings to malfunction were also addressed.

Some “eFootball PES 2020” players might have previously encountered a time when the commentaries flashed on their screens are irrelevant to the game. This and other unspecified “minor adjustments” were part of the gameplay patches in Data Pack 3.0.

‘eFootball PES 2020’ Data Pack 3.0 did come with a list of new contents and animation updates

With that said, the latest Data Pack was still filled with new content and animation updates that Konami was heavily advertising before the patch was released earlier this month. Some of the notable additions include a new stadium, cinematic trailers to highlight the exterior and tunnels of previously added venues, and new Goal Celebrations on some football stars. “eFootball PES 2020” is now available on major gaming platforms namely Windows PC, PlayStation 4, Xbox One, Android, and iOS.