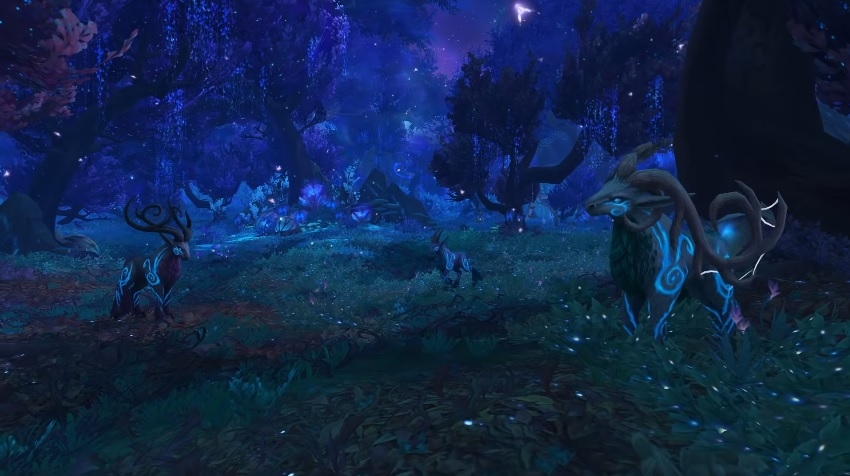 Blizzard Entertainment unveiled new images to give fans a better idea of how one of its zones, Ardenweald, will look like in “World of Warcraft: Shadowlands.” Ardenweald is a visually pleasing location that might make fans want to see the next “Avatar” movies immediately.

One different feature in “World of Warcraft: Shadowlands” compared to “Battle for Azeroth” is that fans can choose from four different where they want to reach max level. Each zone is very different in terms of appearance and the main concept of what they do to the souls that enter Shadowlands.

Blizzard released more screenshots of another playing zone called Ardenweald in a blog post on Wednesday along with more information about the place. From the images alone, it is easy to understand that Blizzard’s vision for Ardenweald is for it to be the lush forest-themed zone in “World of Warcraft: Shadowlands.”

While it is always twilight in Ardenweald, it still features a rich forest and houses the giant plants called dream trees. They play a role in the zone’s main purpose of aiding in the rebirth of the souls that go through the afterlife. Wowhead has revealed more images of Ardenweald, if what Blizzard included in its Wednesday blog post is not enough to keep the fans hyped for the next expansion.

Like the rest of the “World of Warcraft: Shadowlands” zones, players will tackle an ongoing phenomenon that negatively affects the place. In Ardenweald’s case, the forest paradise in the afterlife experiences drought as the manifestation of chaos that has taken place in all of Shadowlands. It is the players’ goal to solve this problem and prevent the process of rebirth be ultimately stopped. Ardenweald is ruled by the Winter Queen, who is also the official leader of the Night Fae Covenant.

Many fans were expecting “World of Warcraft: Shadowlands” to be released in summer due to the preceding expansions having launch schedules around that season. However, Blizzard has provided several hints that the “Shadowlands” will not be released until the final quarter of 2020, which is sometime between October and December.

Meanwhile, Blizzard has teased a special event to provide more preview of “World of Warcraft: Shadowlands” on Tuesday, June 9, at 9 p.m. PDT. Fans can follow the event hosted by “World of Warcraft” executive producer John Hight and game director Ion Hazzikostas through the game’s official Twitch and YouTube channels.