With a federal election looming, an appeal for politicians to stop buying us off 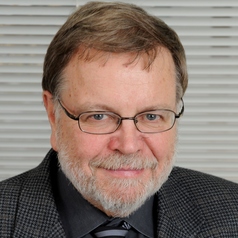 As Larry the Liquidator said in that not-so-classic film Other People’s Money:

“I love money more than the things it can buy … but what I love more than money is other people’s money.”

With the federal election soon upon us, it’s time to issue a call for politicians to stop buying us off with our own money.

Every day brings politicians to a podium, stating how they will expand this service, increase support to that group and reduce some tax. But most of us understand that politicians are using our money to buy our votes.

At my tender age, I have endured well over 50 federal, provincial and municipal elections. Just for once I would like politicians of all parties to treat me as if I had a brain. Rather that just bribing me with my own money, I would like to see politicians propose structural changes to the way government works and budgets.

Let’s start with SNC Lavalin. Regardless of whether Prime Minister Justin Trudeau apologizes to the Canadian people, to Parliament or to Jody Wilson-Raybould and Jane Philpott, he should first and foremost put a stop to the ongoing corporate-political incest.

The corporate-political nexus that creates an inward-facing circle of interest between industry and government mars any pretense of even-handedness in economic policy.

The NDP’s David Lewis, the last real firebrand in Canadian federal politics, got it exactly right when he railed against the massive subsidies and tax relief received by national and international corporations.

This issue offers a political opportunity for all parties this election season, but their silence suggests either they have no idea how to proceed, or they think the issue is unimportant. Or less benignly, they recognize that, once in power, they too will need to reward their groupies and rent-seekers, whether they’re unions, environmental groups or corporations.

This election campaign, it would be helpful if political candidates recognize the problem and explain how they plan to deal with it.

Managing, not spending, our money

Rather than telling us how they will spend our money, political parties at the federal and provincial levels should tell us how they propose to manage our money.

Some politicians advocate simply cutting expenditures, which appears to be the fashion in several provinces with conservative governments. But just slashing spending is mindless and divisive, inviting sharp reversals when governments change.

Whipsawing budgets simply reinforces the determination to make sure the “good guys” win next time and when they do, reward their supporters.

Let’s consider some concrete ways government can manage our money better. But first let’s rule out two ideas that seem not to work so well.

One proposal that seems reasonable is multi-year financing where governments set two- and three-year budgets as opposed the current norm of annual budgets.

Unfortunately, politicians succumb to myopia, and tend to respond to immediate political pressures, spending big in Year 1, vowing to rein in the spending in Years 2 and 3. Not surprisingly, that rarely happens.

But where such multi-year budgets have been attempted, governments were challenged to maintain fiscal discipline and only seemed to spend more.

Now consider the idea of strong fiscal rules as advocated by the late Nobel Laureate James Buchanan. Criticized by some as the original architect of the radical right, he nonetheless spent much of his career developing proposals to constrain politicians he perceived as failing to act in the interests of the electorate, but instead were motivated by their own self-interest. 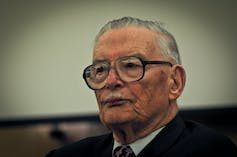 Key to Buchanan’s approach was creating specific conditions that tie the hands of government in spending our money.

First, he proposed limits on annual increases in spending or debt. An example of that is the Swiss “brake rule.” It limits public expenditure increases to no more than the average revenue increase over several years as calculated by the Swiss Federal Department of Finance, which has some independence from politicians.

Independence in managing the brake is a second condition of a sound fiscal rule. The Swiss brake has support from the left and right, since it maintains spending when revenues drop due to recession and constrains spending in good years when revenues increase.

The final condition on the Swiss brake is to set tax rates constitutionally, which limits the discretion of politicians to boost revenue just by raising taxes.

If this tax constraint did not exist, politicians could increase spending by raising taxes, since that boosts revenue and then allows expenditures to increase. Balanced budget legislation, which outwardly seems to be a good fiscal rule, is actually a sham as long as governments have the ability to increase revenues just by raising taxes.

Of course, it’s politically difficult to raise some taxes, especially the GST or sales taxes.

But a tax on wealth, boosting the tax rate on high incomes, and socking it to corporations could have wider voter support and offer an opening to raise revenues.

Fiscal budget rules must make it difficult to increase all types of taxes. Embedding rates constitutionally, as the Swiss do, is one approach, where changes require super-majorities (67 per cent of Parliament) or complex validation processes, such as support by Parliament and most, if not all, provinces and territories.

This may seem all very abstract and theoretical. But as an economist, my point is simple.

Elections are the time for politicians to present the electorate with structural options on how we run our country, and not to try to win us over with our own money.