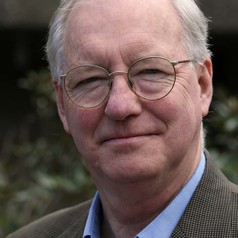 It may be a small indicator of how far journalism standards have fallen at one of Australia’s great newspapers that a reporter on The Sydney Morning Herald, interviewing me for their online site about the attempted abduction of two children in Lebanon, asked: “But what lines exactly did 60 Minutes cross?” It might have been the old “devil’s advocate” technique, but it didn’t feel like that to me.

My answer was clearly too long and I could see her frustration at how I might need to be heavily edited. As it turned out, my visage didn’t make the online video site (and it wasn’t for want of rudimentary make-up in the middle of the open-plan Fairfax office) but some of my quotes about the fierce competition between the Nine and Seven networks as one possible cause of the 60 Minutes debacle made the next day’s news pages.

Let me count the ways then, here, in which 60 Minutes crossed several kinds of boundary lines in its attempt to grab the children of Australian mother Sally Faulkner in Lebanon almost two weeks ago.

The laws of Lebanon

The Australian media team knew it would be involved in what it would refer to as a “rescue” but which the laws of Lebanon refer to as an abduction.

In the process of conducting this “mission”, a physical assault was allegedly caused to the grandmother of the children. Without prejudging the case, it’s not difficult to see that these are inappropriate actions in a foreign nation.

Pre-judgement of the family law case

As the Media Watch program on ABC TV pointed out this week, this episode is the latest in a series of such abductions filmed on commercial television current affairs programs on the Seven and Nine networks.

In each, they are making judgements about who is in the right and who is in the wrong. In this case, the white Australian woman had gained total (100%) custody of her children in Australian courts and the Lebanese man had returned to his family in Beirut (where the law would normally give him custody).

Whereas previous abduction stories had been shot in Australia using the back-up of Australian law, this one involved the laws of another country, both favouring different parties.

In such a situation, it is hardly up to the media to decide who is right and who is wrong. Two different cultures, two different legal systems (the historic roots of Lebanese law are French not British and, before that, Ottoman) and two different political systems (in Lebanon, finely balanced between Christians, Sunni and Shia Muslims).

This was a legal minefield for a media team to enter and few executive producers would have pre-judged the parties.

The Code of Ethics of the Media, Entertainment and Arts Alliance (MEAA), the journalists’ trade union, stresses the word “fairness” in the 12 guiding principles that should govern the behaviour of all its members. The first principle listed states:

An attempted abduction of the two children of Sally Faulkner and Ali Elamine, Noah and Lahele, goes well beyond all the subtleties laid out in Rule 1.

Elamine was already “in the dock” so far as the program was concerned, and it appears his case was being ignored.

The use of abduction teams in journalism has been a “dirty secret” of commercial media managers in Australia for some time. Indeed, some of the agents used in the botched 60 Minutes episode had appeared some years ago on an SBS Insight program detailing the tricks of their trade.

Their involvement in this latest operation was so cavalier as to be comical, including not only bragging to the media from their boat off the Lebanon coast that they “had a 60 Minutes crew” downstairs but freely leaving a trail of phone calls and financial details for Lebanese security to track.

The association of a reputable program like 60 Minutes with crews of this standard demeans the long tradition of good journalism and investigative reporting that the program, in its better days, could boast.

The use of chequebook journalism

It’s unclear as yet who paid whom in this tawdry drama. Certainly, Channel Nine money was used to ensure the heist in Lebanon occurred but whether it went to the aggrieved mother directly, or through her to the “rescue team,” or directly to them, is yet to be revealed.

In any case, it was another in a long series of examples of “chequebook journalism”, as the trade knows it, going wrong.

The practice denies the spirit of the MEAA Code of Ethics – creating a clear conflict of interest for the interviewee – and should be banned. It would also save the networks’ money.

Ali Elamine, the separated father of the children, was presented as the guilty party in this international story. Lebanon was treated as a kind of Wild West where abduction on the streets – in Hezbollah-dominated south Beirut – was seen as permissible.

The courts of Lebanon were treated with disrespect by not assuming they had a role to play. This set of assumptions play into a stereotype of Arabs and the Middle East where “we” in Australia are the civilized, and “they” the uncivilized, an ancient orientalist narrative.

Understandably, it’s not how they see it in Beirut. It’s interesting, too, that the reporting of this whole incident has Elamine as “an abductor”, Faulkner as part of a “recovery” team.

It would be good to believe that this 60 Minutes shambles is a one-off incident. It surely will be followed in coming days and weeks with some heads rolling and some new faces promising higher standards.

But, in truth, there’s a structural factor that is causing such aberrations: the unprecedented level of competition between Nine and Seven networks for top position in the ratings in a market where free-to-air is becoming less popular with the viewers and commodities like sporting rights (not news and current affairs) are being seen as the way of the future.

A bit like truckies on our highways, journalists and their programs are being asked to “go the extra mile” to keep the profits coming in for the shareholders.

​Peter Manning is a former Head of News and Current Affairs at the Seven Network and Head of TV News and Current Affairs at the ABC, where he founded Lateline and Foreign Correspondent. In the 1980s he was executive producer of Four Corners. Now an Adjunct Professor of Journalism at The University of Technology Sydney, he offers his perspective on 60 Minutes' bungled child recovery attempt in Lebanon.

Peter Manning does not work for, consult, own shares in or receive funding from any company or organization that would benefit from this article, and has disclosed no relevant affiliations beyond the academic appointment above.