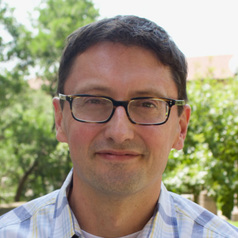 U.S. states and cities hand out tens of billions in taxpayer dollars every year to companies as economic incentives.

These businesses are supposed to use the money, typically distributed through economic development programs, to open new facilities, create jobs and generate tax revenue.

But all too often that’s not what happens, as I’ve learned after doing research on the use of tax incentives to spur economic development in cities and states across the country, particularly in Texas.

Recent scandals involving economic development programs in New Jersey, Baltimore and elsewhere illustrate just what’s wrong with these programs – and why I believe it’s time to end this waste of taxpayer dollars once and for all.

Many states, counties and cities have economic development agencies tasked with facilitating investment in their communities.

These agencies undertake a variety of valuable activities, from gathering data to training small businesses owners. Yet one of their most high-profile activities is the use of tax and other incentives to entice companies to invest in their communities, generating local jobs and expanding the tax base.

Estimates of how much is spent on such incentives range from US$45 billion to $80 billion a year.

But what do taxpayers get for all this money? As it turns out, not much.

First off, in most cases, investments that result from these incentives would have happened anyway.

That was the case in Baltimore involving a federal program meant to spur development in distressed communities it dubbed “opportunity zones.” ProPublica reported in June that Maryland accidentally designated an area of Baltimore that wasn’t poor and was already under redevelopment an opportunity zone. Despite catching the error, the state kept the designation, allowing Under Armour billionaire Kevin Plank and other investors to potentially claim millions of dollars in tax breaks.

This example isn’t unique. Last year, Tim Bartik, an economist at the Upjohn Institute for Employment Research, reviewed 30 studies on the use of economic development incentives. He found that 75% to 98% of companies were planning to make the desired investment anyway.

In my own work in Texas, I found that more than 85% of the companies offered tax breaks had already planned to open the promised new facilities. A few even broke ground before applying for the incentives.

And in New Jersey, investigators who uncovered abuse in the state’s economic development program found that a lawyer representing a powerful Democratic official drafted legislation to benefit companies tied to him and his associates, to the tune of hundreds of millions of dollars. Their June report described how the New Jersey Economic Development Agency didn’t perform the basic due diligence of a single Google search, which would have shown that some of the companies had already announced a move to New Jersey before being offered incentives.

Even when an incentive does draw new investments, they rarely pay off. And they can even harm the fiscal health of cities and states by pulling resources away from other more productive activities.

In “Incentives to Pander,” a book I co-authored with Duke political scientist Edmund Malesky, we reviewed the academic literature in the U.S. and elsewhere on the use of incentives and found that they are expensive and ineffective in generating employment and economic growth.

Wisconsin residents may be learning this the hard way after their government offered electronics manufacturer Foxconn over $4 billion in incentives in exchange for a promise to build a high-tech facility that is supposed to create 13,000 jobs. But since the 2017 announcement, the company has failed to meet job targets and even downgraded the type of facility it plans to build.

3. A failure of oversight

A third problem is that government agencies fail to provide effective oversight to ensure that company promises on investment and employment like Foxconn’s are upheld.

A legislative audit found that the Wisconsin agency responsible follows problematic oversight practices and failed to verify that companies created the number of jobs or other goals they claimed.

Wisconsin isn’t alone. Many states and municipalities provide limited oversight of the economic incentives they offer and often rely on companies’ self-reported data to determine whether they’ve met targets. In Texas, doctoral candidate Calvin Thrall and I found that the state even allowed companies to renegotiate their job creation targets, sometimes the day before they were required to report compliance with an incentive agreement.

And even though these deals are often accompanied by splashy PR campaigns that highlight how many jobs will be created, the incentive contracts often don’t even include actual job creation requirements. And only 56% of cities surveyed indicated that they required a performance agreement before offering incentives.

Finally, a lack of transparency surrounding these programs makes it hard for others to determine whether taxpayers got what they were promised.

So you’re probably wondering, if these incentives don’t work, why do government officials continue to use and promote them?

The book I wrote with Malesky and a related paper showed how these incentives provide a way for politicians to take credit for business investment – in the hopes that it will give them a lift in their next election. All they have to do is convince voters that these programs work and that the grand promises being made when officials cut ribbons in well-publicized ceremonies will eventually pan out.

Powerful special interest groups are also to blame, as they play a big role in shaping incentive programs and lobby vigorously for lawmakers to create them and keep them alive.

Rather than reform or rebrand these programs, I believe states should take the advice of some of their own evaluations of these programs and eliminate them. Taxpayers would be better off without them.