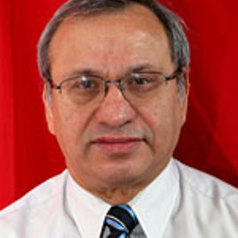 The Australian government is using warnings from rating agencies like Standard & Poor’s Global Ratings (S&P), which placed Australia on a negative watch during the election, to make the case for passing budget measures. In reality, S&P (and the other two agencies in the credit rating industry) has no moral or technical authority to make such a warning.

S&P warned that Canberra needed to take “forceful” fiscal action to address “material” budget deficits, which is unlikely in the near future, or face losing its AAA rating.

However, rating agencies shouldn’t be entrusted with this sort of power. As a matter of fact, it is not clear at all why the rating agencies, S&P included, are still in business. These agencies were instrumental in bringing about the global financial crisis, but have survived because of the lack of political will and because the ratings are required by law as a regulatory requirement.

The reputation of the credit rating agencies has been tarnished not only by the global financial crisis but, before that, by the Enron scandal, the Asian financial crisis and the financial collapse of New York City in the mid-1970s. The agencies' track record shows failure to detect frequent near-defaults, defaults and financial disasters, as well as failure to downgrade troubled firms until just before (or even after) the declaration of bankruptcy. In fact, the credit rating agencies follow the market, so the market alerts the agencies of trouble, and not vice versa.

During the global financial crisis, hundreds of billions of dollars’ worth of triple-A-rated mortgage-backed securities were abruptly downgraded from triple-A to “junk” (the lowest possible rating) within two years of the issue of the original rating. About 73% (over $800 billion worth) of all mortgage-backed securities that one credit rating agency (Moody’s) had rated triple-A in 2006 were downgraded to junk status two years later. In the US, the Financial Crisis Inquiry Commission puts a big chunk of the blame for the global financial crisis on the agencies, while European Union officials blame agencies for contributing to the advent of the European sovereign debt crisis.

The failure of the rating agencies can be attributed to negligence and incompetence. Starting with negligence, there is every indication that the credit rating agencies did not check the soundness of their ratings because customers were willing or forced to buy it. Negligence means that the rating agencies were in a position to make sound judgement but did not make the effort to do a thorough job. Given the bullishness prevailing in the run-up to the crisis, the agencies chose instead to receive big pay for a lousy job.

The agencies did not have the expertise to do the job the agencies were entrusted to do, particularly when it came to the evaluation of risk embedded in structured products. In his testimony to the Financial Crisis Inquiry Commission, Gary Witt (formerly of Moody’s CDO unit) said that Moody’s didn’t have a good model on which to estimate correlations between mortgage-backed securities, so they “made them up”.

While the credit rating agencies may be perceived as “willing victims” of investment bankers and the issuers of securities, there is also evidence to suggest that the transparency, quality and integrity of the agencies' other practices and processes were substantially lowered. This was in order to support the extraordinary growth of the agencies' structured finance operations. In effect, the agencies deliberately overlooked the possibility that rating may have been unwarrantedly high.

For all of these reasons the rating agencies must not be taken seriously. The agencies are more stringent in rating countries than in rating private-sector firms, because they do not receive fees for rating countries, which is the “public relations” part of business. Credit rating agencies have every right to compete on a level playing field, but these agencies shouldn’t have oligopolistic power and should be forced to operate under the investor-pays model to avoid conflict of interest.

Imad Moosa does not work for, consult, own shares in or receive funding from any company or organisation that would benefit from this article, and has disclosed no relevant affiliations beyond the academic appointment above.