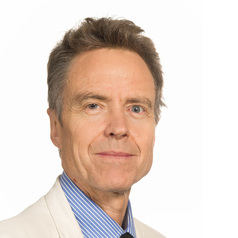 After years of relative silence, debates about the pros and cons of tariffs in international trade have become a regular feature. The renewed interest has been sparked by the actions of US President Donald Trump, the first president since the Great Depression to impose, or threaten to impose, higher tariffs on imported goods.

In March this year, the US imposed tariffs of 25% on Chinese imports worth $250 billion a year. Although the intended extension of the measures to all Chinese goods is presently on hold, the US has threatened similar steps against the European Union.

The debate is important for countries that are struggling to diversify their economies, in South Africa’s case to build its capacity in medium and high technology-based industries.

South Africa’s manufacturing sector has been significantly affected by trade liberalisation policies dating back to the nineties. At the time, these were widely adopted as a means of stimulating national economies in developed countries that were characterised as being hamstrung by high input costs and stagnant local markets. It was argued that open markets would help create jobs, raise levels of productivity and competitiveness, and ultimately increase economic output.

Our study, has shown that, relative to our peer group and stage of industrial development, South Africa’s industrial policy is too focused on supply-side instruments. These include tax allowances for research and development, and direct financial support for human resource development or capital investment.

The study confirms both.

We conclude that the policy changes of the nineties were too extensive and South Africa’s industrial policy regime should be rebalanced as a means of growing employment and Gross Domestic Product (GDP). A combined approach of selective tariffs and better marketing to potential beneficiaries could rebuild the important contribution of manufacturing to the economy.

In the nineties, South Africa was emerging from a period of heavy protection and isolation. It was partly self-imposed and partly the consequence of international sanctions. The lowering of tariffs was seen as a means to achieve two objectives. First, to raise the international competitiveness of its manufacturing base. And, second, to loosen the stranglehold of upstream industries, including manufacturers of basic chemicals, iron and steel, and paper.

In broad terms, the nineties can be characterised by the shift in the industrial policy regime reliant on market protection, high tariff levels and state procurement (collectively known as demand-side support) to a proliferation of instruments, such as research and development tax incentives and a focus on reducing the input costs of firms (known as supply-side support).

Unfortunately, the promises of economic growth and job creation in the manufacturing sector as a consequence of trade liberalisation were not forthcoming. The reform led, instead, to many casualties, with firms in the vulnerable industries contracting and shedding jobs.

Several segments of the manufacturing sector have weakened considerably. In some cases, they have disappeared almost entirely. Output of the textiles, clothing, leather and footwear sub-sector has declined by 40%. Textile manufacturing has been the worst performer, with its economic output now less than 60% of its 1994 level.

The automobile sector has grown most strongly since 1994. It is the one sub-sector which retained high tariff protection. These can be effective. But tariffs in support of the automobile sector have not been cheap. They came at a considerable cost to the economy, and in this case, also to government. It is estimated that the cost to the Department of Trade and Industry of the Automotive Production and Development Programme has been R5 billion a year.

In terms of the policy focus, the data supported the view that supply-side measures are too dominant and the overall policy mix should be re-balanced to provide more demand-side support. The support can be principally in the form of tariff protection and a revision to the local content specifications for public procurement. This will be done to revitalise South Africa’s manufacturing sector in an approach analogous to the automobile sector.

Furthermore, the results of the study have shown that traditional industries have failed to respond sufficiently to the post-1994 policy shift. They made little use of the new instruments. Policy changes invoke a similar set of responses. Traditional firms have been suspicious of the new instruments and reluctant to engage with them. On the other hand, the more open firms were enthusiastic about new possibilities that such policy changes may reveal.

The use of research and development tax incentives, a key component of the supply-side incentives, has been highly variable. The major beneficiaries have been the high-technology sub-sectors, which have strong absorptive capability, characterized by a willingness to identify and absorb useful external knowledge.

We recommend that more effort should be made to assist the traditional industries in understanding, and hence benefiting from, the new policy environment, rather than allowing them to disappear entirely. A wider re-balancing of innovation policy in favor of stronger demand-side instruments is also recommended.