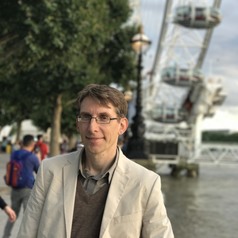 For the first time, a faint signal caused by the merging of two almost equally mysterious objects – a black hole and a neutron star – has been recorded on Earth.

On January 15, the second gravitational wave event from a merger between a black hole and a neutron star, the densest stars in the universe, was discovered.

In a gravitational wave observatory, the distance between two suspended mirrors is measured with a laser. The measurement technique relies on the overlap of reflected laser light within the experiment. Two light waves are arranged so that the signals cancel each other out exactly. Changing the distance between the mirrors by even a tiny fraction of a wavelength produces a measurable light signal.

The basic idea behind the theory of relativity is that space itself possesses a kind of elastic structure, even in the absence of any matter. Similar to an inflated balloon, you can squeeze it one way and it expands in the perpendicular direction.

Relativity predicts that matter warps space (and time) and a collision between two compact objects like a black hole and a neutron star rapidly changes the compression and relaxation of the space in the vicinity of the objects. Waves of periodic compression and expansion are emitted. The way to measure these waves is to monitor the distance between two otherwise fixed objects, because the gravitational wave will periodically change the extent of the space between these objects, as it passes.

During the first ever detected gravitational wave event in 2015, for which three physicists were awarded the Nobel prize in 2017, the distances between the mirrors in the two stations of the LIGO observatory, which are 4km (2.5 miles) apart, changed by about a thousandth of a trillionth of a millimetre.

The merger detected in 2015 was between two comparatively massive black holes, each around 30 times the mass of the Sun. Since then, the sensitivity of the instrument has been improved. Now also a smaller, less sensitive, gravitational wave observatory in Italy, called the Virgo experiment, is frequently used as part of the telescope network.

It’s important that the smaller masses were below 2.2 times the mass of the Sun, because this suggests these objects were neutron stars. Neutron stars are so dense that an amount of matter comparable to the solar system is compressed to a diameter of about 20km.

The matter in a neutron star is so dense that atoms get crushed, resulting in the formation of neutrons. The strong gravity on their surface makes them, in their own right, interesting laboratories to study effects of general relativity.

When a neutron star becomes even more massive, for example when some interstellar gas falls on it, the nuclear forces can no longer resist gravity and the star collapses to a black hole, an object so compact that not even light can resist its gravitational pull.

Neutron stars and black holes are not that rare in the Milky Way. They are a common outcome from the evolution of stars significantly more massive than the Sun. Such massive stars often occur in binary systems, with two stars orbiting each other.

It’s not surprising to find neutron stars and black holes in binary systems, where they are locked in a gravitational dance. Such binaries emit gravitational waves for their entire lifetime.

While it was expected that neutron star-black hole systems existed, we’d never been able to spot them before. Neutron stars emit radio and X-ray emissions, which can now be routinely detected. Other than looking for gravitational waves, black holes can only be observed when something falls on them – a star or interstellar gas, for example.

If a black hole has a normal star companion, it can capture mass from the companion which emits X-rays before it disappears into the black hole. Binary black holes have no obvious source of gas, and they’re known only from gravitational wave experiments.

A neutron star-black hole system could in principle be discovered with radio telescopes, but – so far – the search has not been successful. This new discovery provides important information about the astrophysics of such systems.

More discoveries will surely be made, which will help to improve our understanding of what is inside neutron stars and black holes – and quite possibly also provide new tests, or proofs, of the theory of relativity.