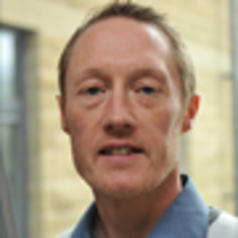 You can’t put a price on good customer service. But it turns out you can when things go bad. Scottish Power was fined £18m last month by energy regulator Ofgem after the company received more than 1m complaints from June 2013 to December 2015. It works out at about 1,500 complaints every working day for 18 months. No wonder it was lambasted for failing to provide even a basic level of service and failing to treat customers fairly over a sustained period of time.

Scottish Power, which blamed its turbulent 18 months on IT issues and bedding in a new system, is not the first to take a hit from letting down we poor consumers. In 2015, mobile network firm EE was fined £1m for failing to comply with rules on handling customer complaints. In the wake of the 2008 crisis, the financial regulator found that banks kept customers waiting for months, standard letters were sent and staff were poorly trained, perhaps most tellingly they failed to learn from previous complaints.

Surveys suggest that customers who receive poor service will provide negative word of mouth and many will stop doing business with the company altogether. TalkTalk’s latest set of results revealed a dramatic impact from the effects of a cyber-attack last year which prompted disgruntled customers to jump ship.

The age of social media has made it easier than ever for customers to quickly advertise poor service, but while reasonable customers will accept that things occasionally go wrong, they will still judge a company on how they handle the matter. This provides the biggest indication of the nature of the organisation in question.

The rain in Spain

Having worked in the travel industry both overseas and in the UK, I have dealt with many customers who believed they had a complaint. Take the woman in Mallorca who presented me with a brochure and demanded a refund because it said: “come to sunny Mallorca” and yet it had rained non-stop since she got there. Not as advertised. Vinoth Chandar/Flickr, CC BY

There were however times when something did go genuinely wrong. These customers wanted to be listened to above all else and know that someone was trying to help them. In response to the semi-annual index of customer service provided by the Institute of Customer Service, chief executive Jo Causon said: “Challenger brands are gaining on their larger competitors by offering straightforward, personal, seamless and quick service experience.”

Providing quick and straightforward service in today’s age of technology has to be a given. The woman in Mallorca wouldn’t approach me with a brochure today, she would simply tweet a picture of the rain and provide an instant bad review on any number of travel websites.

There is a message here for all organisations when things go wrong. Don’t see complaints as something negative. Mishaps are in fact a rare chance to provide exceptional service at a time when customers are becoming ever more distanced from the companies they buy from. The trick these days is to “wow” your customers so much so that they forget that you hurt them, and turn them into what management expert Ken Blanchard calls “raving fans”. Better still don’t wait until things go badly wrong before you “wow” your customers.

US sunglass manufacturer Oakley have provided me with a great example of this. I had a pair of shades for more than two years which eventually cracked and I sent them off to be repaired. Oakley didn’t just repair them they sent me a new pair free of charge because, as they said, even after two years the crack shouldn’t have appeared. So “wowed” was I that to this day I am a raving fan of Oakley sunglasses. I might even mention them in an article I write about how best to manage customer service issues. Sainsbury’s supermarket managed something similar when a three year old wrote (with some help from her parents) to ask why tiger bread was so called when it looked more like a giraffe). Sainsbury’s wrote back to the girl and such is the power of social media that millions were exposed to the great service and caring nature on display after her mother posted the letter on a blog.

So when presented with the chance to “wow” a customer or ignore them, what does the response tell us about the company? For many of them it is indeed easier to ignore and hope that people are too busy to notice. This didn’t quite work for Scottish Power though. In his work on culture, Edgar Schein referred to “espoused values” (those displayed on a corporate website for example) and “values in action” (those lived, breathed and displayed by employees).

This has echoes of Benjamin Franklin’s famous quote: “Well done is better than well said”. Scottish Power, EE and other large businesses have sections of their websites which promote in glowing terms their commitment to the customer, but it is the actions or reaction of a company which says so much more.

Peter Greenan does not work for, consult, own shares in or receive funding from any company or organization that would benefit from this article, and has disclosed no relevant affiliations beyond the academic appointment above.