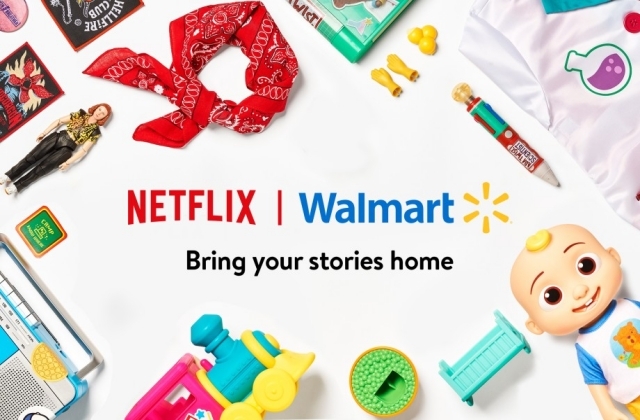 Walmart and Netflix announced their partnership on Monday, Oct. 11. The two have signed an agreement to open an online store where they will offer exclusive goods inspired by the streaming giant’s popular shows such as “The Witcher,” “Stranger Things,” and more.

The new store will be called the Netflix Hub at Walmart, and it will feature many unique items as well as innovative experiences so fans will be able to further engage with their favorite Netflix programs. The new retail hub will be filled with products based on the original content of the streaming provider firm.

According to Fox Business, aside from the merchandise products, the Netflix Hub at Walmart will also have the “Netflix Fan Select” feature where fans can suggest and vote for items that they want the companies to make. If there will be many votes for certain merchandise inspired by any show on Netflix, the retail giant chain will help create the designs and bring them to the store.

Currently, fans can already grab some great products at the hub, and these include the “Stranger Things” Bluetooth cassette player for $64.88, a “Cocomelon” Plush Bedtime JJ Doll for $19.97, and a “Witcher” Geralt and Roach vinyl figure for $24.88. There are other items to see and purchase, and as mentioned before, fans can also vote for any items that are not yet covered.

Moreover, in the next few months, Netflix and Walmart will add more merchandise under a variety of categories. Fans and customers can expect more items featuring their favorite shows under the games, apparel, music, and toy categories.

“Through this new partnership, Walmart will not only offer products that bring the imagination of Netflix creators into reality, but Walmart customers and Netflix superfans will also find a new, exciting entertainment destination,” Walmart U.S. executive vice president, entertainment, toys, and seasonal, Jeff Evans, wrote in a blog post.

He added, “The Netflix Hub brings together some of its most popular shows in its first digital storefront with a national retailer, and we’re proud to partner with them on this new adventure that will let our customers dive even deeper into their favorite stories and characters.”