Universities have the power to create exciting, connected and inclusive cities – here's how 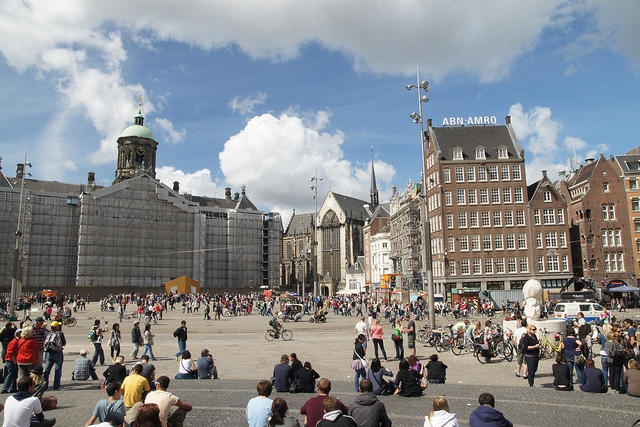 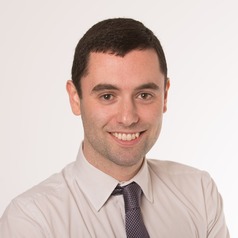 Take a walk around any city, and you will probably spot the signs of other countries and cultures. Crossing Pearse Street in Dublin, you can pop into Trinity College Dublin’s Science Gallery for a coffee, and browse the latest exhibition on sound and noise, which features displays from around the world. Stopping by Hannover’s Neues Rathaus (New Town Hall), you can spot a plaque listing international partner cities, from Blantyre to Bristol.

It may not be obvious to the casual visitor, but many of the links between global cities are actually mirrored in the relationships between universities around the world. Both universities and cities thrive when their people are connected, and the fates of both these institutions are closely tied to their leaders’ ability to improve local areas and attract talented people.

In my own research, I looked at how four cities – Amsterdam, Dublin, Glasgow and Hannover – engage with what’s going on around the world, and incorporate those insights locally. Dublin’s universities work to spread the benefits of international activity to marginalised communities. Trinity College Dublin holds an international foundation programme for foreign students to develop study skills at an associated college, outside of the city centre. This helps to tackle prejudice, as foreign students come to live in an area – and interact with local people – which they wouldn’t otherwise encounter.

Dublin City University attracts 120 nationalities to its historically deprived north Dublin neighbourhood. It also works in the regional “corridor” that connects the city to Belfast, helping to shape the development of the region with the fastest-growing population on the island. The university collaborates with city leaders to host public events, alternating venues from the city centre to the campus and encouraging different communities to mingle. Hannover’s city officials understand the importance of a warm welcome. Hannover city hall, together with the city’s nine universities, coordinates a comprehensive welcome programme for all new students arriving in the city, with local residents acting as ambassadors. This encourages talented young people to stay and become a part of the local community.

What’s more, forging international connections opens new opportunities for local businesses to sell goods and services, and for cities to attract students, workers and visitors. Leibniz Universität has a Chinese alumnus who returns often to Hannover on business and visits the university; he connects people from different industries, cities and universities in the process.

The university has also established programmes to support refugees, recognising that these immigrants have the capacity to contribute to the local community, too. Efforts like this continue universities’ proud history of brokering links between nations, to ease the tensions wrought by nationalism and anti-EU rhetoric. Amsterdam’s leaders recognise that infrastructure challenges – such as a lack of high-quality, affordable housing, or efficient public transport – act as a barrier to attracting and retaining skilled people. In Amsterdam, housing is a central issue for both the city government and universities.

This is reflected in Amsterdam’s strategy for international talent, which brings together the local municipalities, universities, community players and health care organisations to improve the quality and availability of housing.

Glasgow’s city and university staff work together to harness the power of events. Glasgow’s Convention Bureau collaborates with universities to bid for and host international academic conferences and meetings, locating them in different parts of the city in an effort to bring locals and visitors together and stimulate the local economy. The Royal Conservatoire of Scotland and the Glasgow School of Art are also leading the revitalisation of Renfrew Street as a cultural hotspot.

Effective international engagement is at the core of good business and effective government. But it can only emerge as the product of deep collaboration between city officials, universities and other local partners. There is no one model; different cultures, histories and levels of resources shape collaboration in every city.

Capturing the value of this engagement does not boil down to tracking international student numbers or foreign direct investment. It is a long-term game, where people and ideas flow inwards and outwards, creating an attractive, open, vibrant place to live and work. Cities can capitalise on the cultural buzz which emerges as a result of these connections.

Collaboration between university staff and city officials also offers a way of reaching out to marginalised areas. Experience has shown that local communities can and should be involved in international activities, whether through public events or consultation. Otherwise, these activities can lead to tension between long-term residents and new arrivals, feelings of resentment, and a loss of a sense of belonging.

The case in favour of fostering international connections is clear. By making the link between, say, the provision of quality housing and international competitiveness, both city and university leaders have a strong motive to work together, creating better places for locals, and attracting talent from around the world.