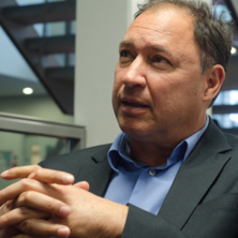 The historical parallels are uncanny. A decade or so after the two most devastating financial crises in modern capitalism, in 1929 and in 2008, a terrible conflict begins in Europe that threatens to draw in the entire world. So far, the Ukraine war is obviously of a different order to the second world war, but the clash of ideologies is just as fundamental.

If these parallels have not attracted a great deal of attention, I suspect it is because on the surface, they do not make a great deal of sense. They key is to realise that major financial crises and wars are both symptomatic of deeper structural problems in societies – underlying tectonic movements that created those fractures on the surface.

Something important happened to capitalism towards the end of the 19th century. Until then, humanity lived a precarious life. The supply of goods was subject to the weather, but demand was not usually a problem. This changed with the scientific method of production in agriculture and manufacturing, which introduced things like fertilisers and powerful machinery. Beginning with the US, which was the technological pioneer, there were now too many goods seeking too few people who could afford them.

This fundamentally destabilised capitalism, creating situations in which lenders were over-extended as producers who couldn’t find enough customers defaulted on their debts. There were numerous financial panics in the US in the late 19th century and early 20th century – up to and then most spectacularly in 1929. And according to what is known as the French theory of regulation, an oversupply of goods was the core of the problem.

It can be argued that the second world war was a colossal battle between four industrial models that each offered their own solution to this problem. The British solution was to try to recreate the pre-first world war imperial economy centred on Britain (in which, yes, Ukraine and Russia had played the role of grain producers). 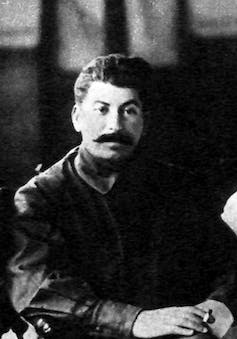 In the early 1920s, shortly after the Russian revolution, the British offered the Soviets the opportunity to reintegrate into this vision of a mercantile trading system. This was ultimately rejected in the debate that ensued in Russia.

But the debate partly led to Soviet leader Joseph Stalin’s model of “socialism in one country” (as opposed to Karl Marx’s view that communism required world revolution). Stalin’s system was one of a planned economy where supply and demand for industrial goods would be organised by the state.

While the British pivoted after the 1929 collapse to shielding themselves through a trading system which imposed high external tariffs beyond the empire, Germany’s national socialists had developed a different model. They envisaged a semi-planned economy which was essentially capitalist but key industries were nationalised, along with the unions.

From the US came yet another variation – the “New Deal”. This combined nationalised utilities, defence, education and pension systems with a planned corporate economy run by large conglomerates, but all built around private property rights. There were many similarities with the German model, though America’s was ultimately built on democracy.

In 1939, these four different systems went to war. The fourth version won. It has been adapted somewhat in the intervening years, but we basically call this victory, globalisation. That globalisation is now contested, which goes to the heart of the equivalent ideological struggle today.

The 2008 crisis was not as devastating as 1929, but it severely damaged the dominant model of market-led capitalist economy. For decades, this had been sold to voters under the rubric of “freedom”, meaning the primacy of private property combined with consumers’ freedom of choice. This was closely aligned with a “free market” dominated by multinational conglomerates roaming freely worldwide while avoiding taxation and personal and corporate liabilities.

Another form of capitalism emerging from the late 20th century shared only a few of those assumptions. Russia returned to state-dominated capitalism after a ruinous flirtation with neoliberal economics in the 1990s. That “solution” is the basis of Putin’s popularity and power.

China, meanwhile, had been cautiously opening up its economy since the late 1970s as a way of avoiding collapse. Perhaps observing Russia’s 1990s experience, it has moved far more tentatively, ensuring that its version of capitalism stayed under the stewardship of the communist party.

In a third variation, the Gulf States encouraged private enterprise and billions of dollars of investment into their countries, but always under the control of a few sheikhs and their ruling families. For them, this authoritarian approach basically reflects what they have always been – and will be for the foreseeable future.

These versions of capitalism were superficially on the ascendant during the 2010s, not least because of the global financial crisis. The crisis dented everyone’s belief that markets had the ability to solve problems, while also damaging confidence in the political class and democracy itself. With banks being bailed out while the people endured austerity, it was easy to think that China, Russia or some flavour of western populism might be the future.

Until now, each different strand of authoritarian capitalism appeared to be its own island, only occasionally linking with another, but today’s war appears to change all that. It is fast turning into a proxy war between autocratic and liberal democracy. China, the Gulf States, possibly India – and pro-Trump Republicans in the US – are at best ambivalent about Russia’s war, while the rest of the world is not.

Who is going to win? Russia may be struggling militarily in Ukraine, but this proxy battle for the future of capitalism is not going to be won by Stinger missiles. Strangely enough, the problem is that the west, led by the US and EU, managed to ensure that the 2008 crisis would not be as devastating as it could have been. They did this with a combination of austerity, cutting interest rates to zero and massively increasing the money supply through quantitative easing.

This came with a high price tag. Inequality steadily become worse, even before the recent surge in inflation. Once again, we have a demand problem: if people can’t afford to buy the goods and services that producers are selling, more economic instability will be on the way. So while authoritarianism may seem less attractive now that Putin is demolishing Ukraine, the conditions that breed populism are only getting stronger.

Unless and until the west truly reimagines capitalism – perhaps with a 2020s version of the new deal – the proxy war of 2022 is likely to keep finding new fronts.