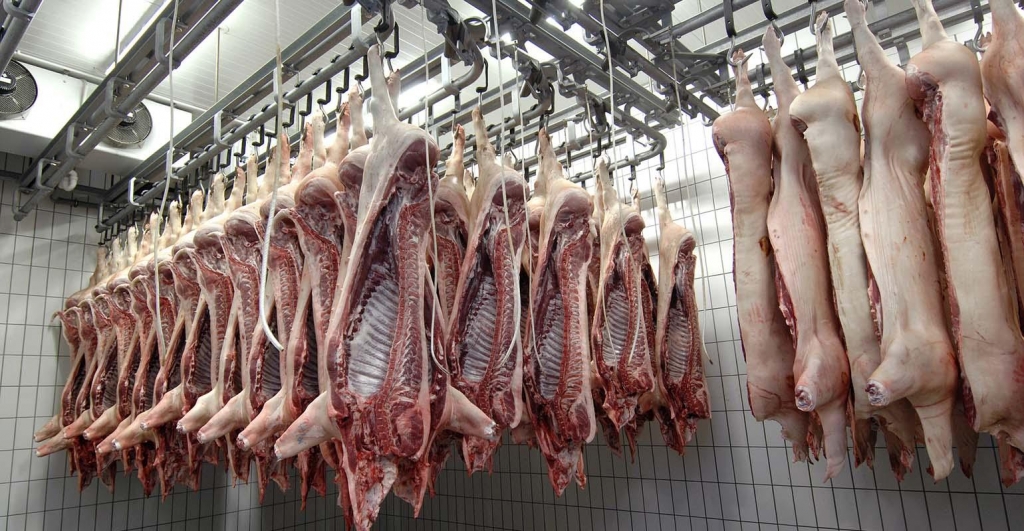 Healthy pigs are being put to waste due to the pandemic

With meat processing plants forced to shut down across the United States due to the coronavirus spreading among workers, farmers are forced to kill their healthy pigs.

Early month, a cooperative of 12 family farms in the Midwest euthanized 3,400 pigs, which costs over half a million dollars in lost revenue.

The cooperative is one of many pork producers forced to “depopulate” their herds due to reduced capacity at meat processing facilities.

Among the emergency depopulation techniques recommended by the American Association of Swine Veterinarians includes gassing, electrocution, and shooting with a gun or a captive bolt.

Other options were through manual blunt-force trauma and ventilation shutdown.

Unlike cows that are left out to pasture for months until the meat processing plants could start operating, pigs have a much small window in which they can be sent to market. These are typically raised to be about 300 lbs.

In many farms, the breeding is on a tight year-round schedule, with mature animals sent to market to free up space for younger pigs.

Depopulation causes farmers to lose $130 it takes to raise a pig to market size plus expenses for euthanizing and disposing of the animal.