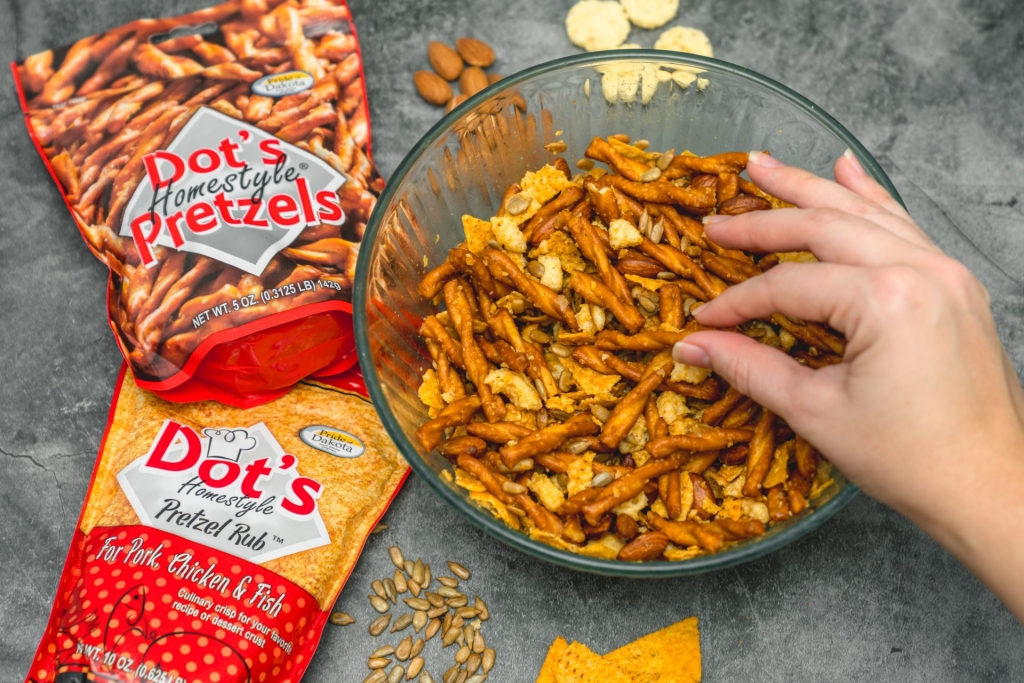 The North Dakota-based Dot’s enjoyed 55 percent of the growth in the pretzel market over the past year, according to Hershey.

Hershey acquired Dot’s Homestyle Pretzels and Pretzels Inc. in separate deals for $1.2 billion in a bid to expand its presence in salty snacks.

The transactions would include four seasoning plants owned by Dot’s and three processing plants of Pretzel Inc., which does contract manufacturing for Dot’s and others.

Hershey CEO Michele Buck noted that the plant acquisition was a major consideration in the pretzel deals, as it will help simplify the supply chain for those products.

The North Dakota-based Dot’s enjoyed 55 percent of the growth in the pretzel market over the past year, according to Hershey.

The deals must be approved by federal antitrust regulators and are expected to close by the end of the year.

Since 2015, Hershey has been moving into salty snacks with the acquisition of Krave jerky. It later acquired Skinny Pop popcorn, and Pirate’s Booty puffed snack brands.