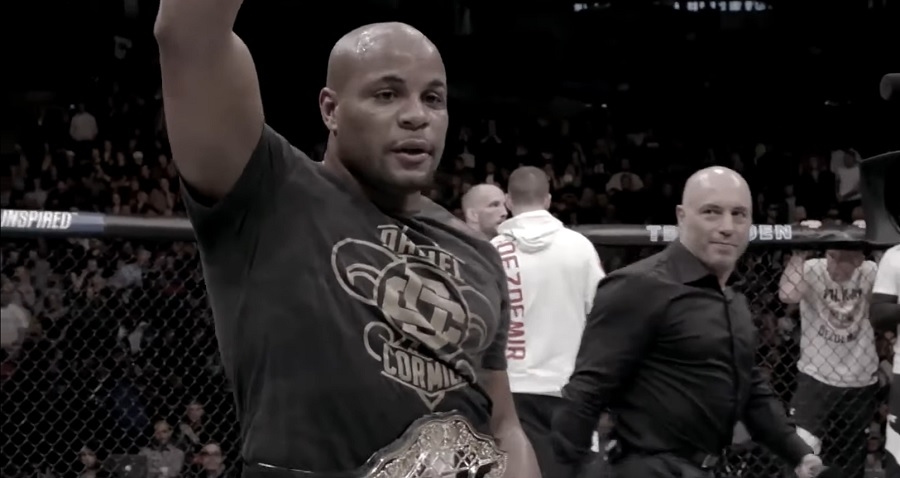 Daniel Cormier in a promo video for UFC 241. | Photo via AXIOM FILMS/YouTube screenshot

Fans of mixed martial arts and the Ultimate Fighting Championship (UFC) are probably still talking about the results of the UFC 241 event. Daniel Cormier lost in his rematch with Stipe Miocic on Saturday and the former heavyweight champion has now spoken about his defeat.

Like the way it goes, athletes in a fighting sport are immediately asked about their next move whether they win or lose an event. As for UFC’s current top 1 pound-for-pound fighter, retirement could be one of the options.

The 40-year-old mixed martial artist addressed fans through his official social media pages and weighed in on his UFC 241 upset. Cormier opened his statement by apologizing to his fans, his wife, kids, and coaches for the defeat.

Showing true sportsmanship, Cormier also congratulated Miocic and his team for the “tremendous victory” last week and described his two-time opponent as a good representative of Cleveland. He also thanks UFC and its president, Dana White, for the “most amazing journey.”

Fans should give Cormier credit for a post-match statement without spite. However, observing the words and tone Cormier used in the online post seem to suggest he is starting to consider retirement after losing in UFC 241. “I will decide what I am gonna do now, and as soon as I decide you will all know right away,” Cormier wrote.

It’s been a couple of days and I can’t stress the disappointment, I am so sorry to all I have let down. To my wife and...

UFC’s Dana White hopes Cormier will not retire yet

Talks of Cormier’s supposed retirement is not new. In fact, the mixed martial artist had addressed the issue even before UFC 241 took place. Cormier previously told MMA Fighting that he hopes to leave UFC on a good note and his own terms. Addressing his age, he admitted that it is at this point when he knows retirement is right around the corner.

During a press conference after UFC 241, White told reporters that advised Cormier just to let things sink in for a while and spend time with his family. And then they can decide on his future UFC plans at a later time. “I don’t want to see him leave, I think he’s one of the best in the world,” White added.