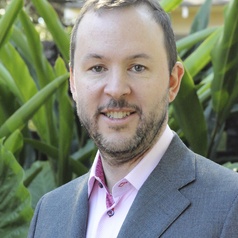 The Donald J. Trump Foundation is now defunct and the state of New York has ordered the president to give US$2 million to a group of nonprofits out of his own pocket as restitution for breaking the law by misusing charitable funds.

I’m an expert on charitable tax law who used to work at the Internal Revenue Service. I find Trump’s admissions of impropriety in the settlement to a lawsuit New York authorities filed against him startling. But although this saga may appear to have concluded, I don’t believe that the full repercussions of his legal woes have become clear.

New York Supreme Court Judge Saliann Scarpulla found that four members of the Trump family and their fellow officers and directors violated their fiduciary duties to avoid the illegal practice of “self-dealing” – when the people who run a charity benefit from it – and broke other rules and regulations.

Trump served as the foundation’s president for three decades after its 1987 founding. He abdicated that role three days after his inauguration.

Ivanka Trump, Eric Trump and Donald Trump Jr. all belonged to the Trump Foundation board, which never met between 1999 and 2018, although Ivanka stepped down during when she joined the Trump administration. According to the settlement made public on Nov. 7, the directors also failed to “provide oversight, set policy or approve the direction, operations or acts of the foundation.”

The Trump Foundation, among other misdeeds, improperly spent $250,000 to settle the legal disputes incurred by the Trump family’s business dealings.

Trump also used $25,000 in charitable money to make a donation to support the reelection campaign of then-Florida Attorney General Pam Bondi, a Republican who is reportedly going to join his administration soon and at the time was considering whether to launch an investigation of Trump University – which, like the foundation, has been dismantled.

Federal law prohibits the use of charitable money to make political donations.

Trump occasionally used the foundation’s money to purchase things he simply wanted to own, including football player Tim Tebow’s autographed helmet and two paintings of himself.

Although the Trumps had already agreed in December 2018 to dissolve the foundation, and they had previously admitted to committing legal violations, the specifics of the settlement did not get sorted out for nearly another year.

If Trump ever launches a new charity chartered in New York or even sits on a charitable board, he’ll have to submit to an unusual degree of monitoring. A majority of board seats on any new Trump charity would have to be occupied by people who aren’t in his family. The charity would have to employ a qualified lawyer. It would have to be audited regularly to ensure that it doesn’t pay Trump or his company for any services.

Eight nonprofits will share Trump’s $2 million in restitution and the $1.78 million remaining in the Trump Foundation’s coffers. They are Army Emergency Relief, the Children’s Aid Society, Citymeals on Wheels, Give an Hour, Martha’s Table, the United Negro College Fund, United Way of the National Capital Area and the U.S. Holocaust Memorial Museum.

Interestingly, the settlement mentions that Trump and his businesses had already paid a total of about $340,000 back to the Trump Foundation between 2016 and 2019 to cover the amount of money disbursed for his self-dealing transactions.

And it’s worth noting that the Trumps can’t take a charitable deduction on any of these payments to charity when they file their taxes.

Despite having reached a settlement requiring his admission of wrongdoing, the president seemed to informally assert he did nothing wrong.

“All they found was incredibly effective philanthropy and some small technical violations, such as not keeping board minutes,” he said through the social media platform. The statement also referred to Trump’s decision to officially move his official residence from New York City to Palm Beach, Florida.

The Trump Foundation had disbursed about $19 million over the past decade, including $8.25 million of the president’s own money, to hundreds of charitable organizations, according to its lawyer Alan Futerfas.

It’s unprecedented that a sitting president of the United States officially admit to this kind of wrongdoing and agree to formal supervision if he should ever venture back into the charitable world. And while it’s not unheard of, it’s uncommon for legal authorities to order anyone to spend millions of dollars to compensate the public for misusing charitable funds under their control.

One reason is that it’s pretty hard to get caught. For the most part, charity laws and regulations are not subject to across-the-board enforcement at the state level or by the IRS.

The closest precedent involving the White House and charitable transgressions that comes to mind occurred half a century ago.

President Richard Nixon’s attorneys falsified documents from him to take a tax deduction on the value of his pre-presidential papers he said he’d donated to the National Archives prior to July 25, 1969.

After an IRS employee leaked information about Nixon’s tax return, he agreed to allow the Joint Committee on Internal Revenue Taxation to examine the propriety of his returns from that time. It found other failures to boot. Nixon had to pay more than $450,000 in back taxes and interest.

Nixon also allegedly exchanged $2 million in dairy industry campaign contributions for increasing milk subsidies. Those revelations came out in the middle of the Watergate inquiry that led to his exit from office.

A more recent parallel involved Paul C. Cabot Jr., who pilfered millions of dollars from the Paul & Virginia Cabot Charitable Trust to finance his own lavish lifestyle. In 2004, the Massachusetts attorney general ordered Cabot Jr., the heir to a mutual fund pioneer, to pay $4 million in restitution.

Cabot Jr. was completely barred from serving as a board member in any Massachusetts charity for life.

While Trump has resolved his civil liability with the state of New York associated with his shuttered foundation, this settlement may mean that Trump will owe the IRS money.

That’s because he has admitted that his campaign took advantage of the foundation’s expenditures to boost his 2016 presidential bid. In particular, the political campaign took control over the disbursement of $2.8 million to veterans causes at a televised fundraiser that doubled as a campaign event.

Because tax law clearly bars charities like the Trump Foundation from attempting to “influence the outcome of any specific public election,” I believe that the foundation could owe a 10% excise tax of the amount involved – $282,300.

The precedent for this would be the $2,500 Trump paid to the IRS in 2016 after reimbursing the Foundation for the $25,000 Bondi campaign contribution.