Trent Williams, Redskins still at an impasse; Reasons for the fallout remains muddy 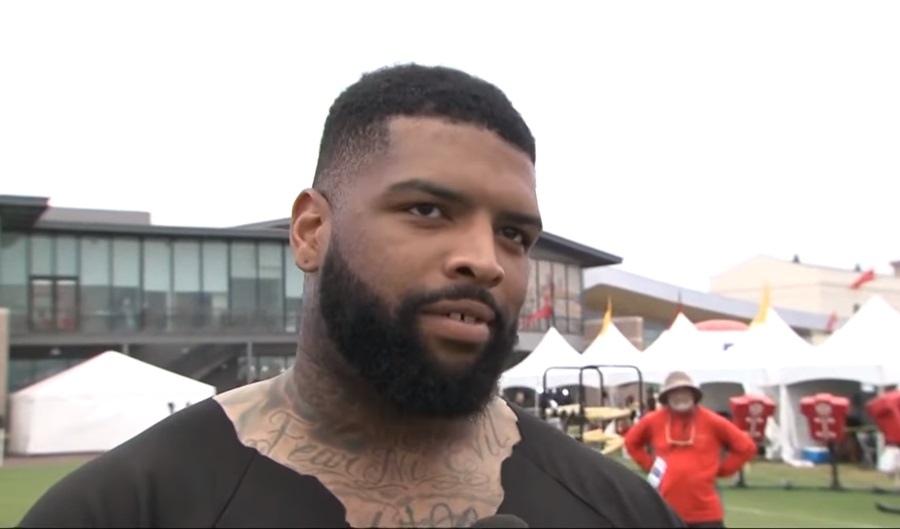 Photo via Screenshot of WUSA9/Youtube

Trent Williams and the Washington Redskins still couldn’t see eye to eye. It’s unclear what exactly is the problem between the two, but speculations have been put forward.

Among them stands on financial grounds. Trent Williams is slated to make a little over $11 million this year, placing him in seventh place among the league’s left tackles.

Apparently, the 31-year-old wants to squeeze the Redskins for more despite his contract expiring in the next two seasons. Another reason that has been put forward is Trent Williams’ trust – or lack thereof – with the organization itself.

From team president Bruce Allen to the medical staff of the Redskins, it appears that there are a lot of factors involved regarding the offensive tackle’s holdout. When Allen was asked about the Trent Williams situation, he merely said “it is where it still remains,” which only adds more question than answers.

Williams hasn’t been participating with the team’s activity since June, and there’s no telling when he’ll be back. To make matters more complicated is Ryan Kerrigan and his contract. Former Redskins general manager Charley Casserly gave his two cents about Trent Williams and Kerrigan. To summarize, Casserly said that the overall situation is a difficult one for the Redskins since you got Kerrigan who’s been diligently working hard and another who’s been missing OTAs.

With all these issues looming over Trent Williams, is it time to part ways with the seven-time Pro Bowler? Some would argue that that would be ill-advised. Williams is one of the best players to play in his position despite injuries plaguing him.

The Redskins will definitely need his tenacity and experience if the team wants to protect their future quarterback. The problem is that Trent Williams’ relationship with his current team has devolved into something almost irredeemable as hinted by Bleacher Report’s Mike Freeman.

“To be blunt, I had no idea it was so bad until I started speaking to people close to the situation. In a world, things are awful,” Freeman said. As for Trent Williams himself, he has yet to speak his mind about the matter and is still maintaining his silence about all the speculations mentioned above.