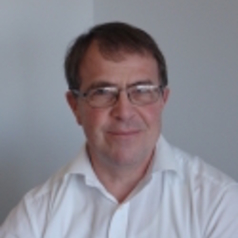 The fallout from the Panama Papers data leak has been manifold. Amid the furore over his financial dealings, the British prime minister, David Cameron, has announced fresh proposals to counter tax avoidance and evasion. And the EU is also putting forward new legislation that targets multinational companies. Both moves were underway before the Panama Papers leak, but the public outcry they’ve caused is giving them newfound impetus.

Since the start of the year, the EU has been pushing a new Anti-Tax Avoidance Package, which is geared toward creating “fairer, simpler and more effective corporate taxation in the EU”. It is now introducing a new rule that requires the largest companies operating in the EU to disclose key information on where they make their profits and where they pay their tax in the EU on a country-by-country basis. The rules will affect multinational firms with more than €750m in sales.

This will counteract one of the commonly used forms of aggressive tax planning by multinationals, which would normally consolidate their total profits and tax paid into a single figure. By forcing them to report on a country-by-country basis, it will make clear how they are shifting profits into low-tax jurisdictions in order to avoid tax. It does not stop them from doing so, but transparency is an important condition for reform, particularly when there is public interest in how much tax companies and individuals are paying.

The City of London, as a global financial hub, has played an important role in facilitating much of this aggressive tax planning. Its financial services and law firms are used by multinationals to legally move their money around the world. But new measures could change how easy this is to do.

Cameron plans a measure to make firms criminally liable if they fail to stop their employees from facilitating tax evasion. The idea was mentioned in the British government’s March budget and it has since been confirmed that it will be introduced into legislation this year. It follows a recommendation made by a consultation into ways of combating aggressive tax avoidance and evasion by multinational companies.

Ignorance is no longer bliss

The proposals have attracted criticism – mostly from the financial services sector, at whom this measure is particularly targeted. Many within it are worried that under the new law tax evasion will be considered a strict liability offence.

This means that financial services and law firms cannot use as a defence the fact that they were unaware of the tax strategies being used by its clients. Under the current law they can only be guilty of a criminal offence if HMRC can prove that the failure was deliberate. Under the new one, ignorance is no excuse.

The Chartered Institute of Taxation, a UK industry body, for example, has stated that it is “opposed as a matter of principle to the creation of a new strict liability offence for offshore tax evasion”. Strict liability offences are controversial, since they can potentially penalise those who are not at fault and who have taken all reasonable steps to comply with the law. The law is simply concerned with the fact that a breach has occurred, rather than why.

Another concern is that this proposal represents an attempt by the British tax collector to extend its authority beyond the borders of the UK, which violates a basic principle of international taxation. Companies cannot be extradited and it is therefore extremely difficult to prosecute overseas firms for breaching a UK law – not to mention the fact that they can up sticks and re-locate.

Instead, UK tax authorities might resort to shaming companies into compliance and “prosecution by press release”. By publicly criticising (and even attempting to prosecute) companies, this could lead to reputational harm, which is just as worrying for them. Commentators have pointed out that a similarly aggressive approach to countering tax avoidance and evasion in the US has put off some firms from exposing themselves to this risk by doing business there and fears that these proposals might have a similar effect in the UK.

Tax policy can be driven by public opinion, however, and public opposition to tax avoidance and evasion is no doubt making firms nervous. Furthermore, the threat of re-location is only viable if there is a low-tax, lightly-regulated jurisdiction offering the same logistical advantages and facilities to which a company can move. If the net gets tighter on companies that are looking to aggressively avoid and evade taxes, with the US, EU and UK all starting to seriously crack down on tax avoidance, this may simply no longer be possible.

Malcolm James is affiliated with the Welsh Liberal Democrats.