The government can restrain electricity prices without threatening to break up power companies. Its adviser says so 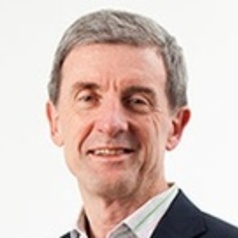 And who wouldn’t enjoy a bit of a stoush between the big bad generators and the government, trying to break them up on our behalf?

Even if it was largely tangential to keeping prices low.

The “big stick” of forced divestiture, where the government through a court could order an energy company to sell off bits of itself, never made it to a vote in the final chaotic fortnight of parliament just finished.

It will be the subject of a Senate inquiry that will report on March 18. After that, parliament is set to sit for only seven days before the election, so its possible it’ll never happen, under this government.

The government’s bill is good in parts

It found against forced divestiture, but thought along similar lines to the government in some respects.

The legislation presented to parliament this month bans three types of misconduct:

It imposes civil penalties for the first, forces companies to offer contracts for the second, and provides for divestiture orders for the third, after they have been recommended by the government and approved by the Federal Court.

There are good reasons for the government to act on the three behaviours, although each of the its proposed solutions raises concerns.

The ACCC wants something similar but different

Firstly, the ACCC did not identify the legislation’s first target as a major cause of high prices. They did observe that it is complicated to shop around and the offers are confusing, and sometime next year Australian governments will force retailers in some states to offer fairer default offers at an affordable price.

But it unclear why the energy sector has been singled out as an industry whose retailers have to pass on cost savings and not supermarkets or banks or airlines or petrol stations or any other kind of industry.

Secondly, the ACCC most certainly did raise concerns about dominant generator-retailers preferring not to enter into hedge contracts with competitors, particularly in South Australia.

Its recommendation has the same intent as the one proposed by the government, although it has the advantage of being administered by a regulator that already exists.

Thirdly, the ACCC also concluded that concentration in the wholesale market means higher prices. Its report focused on the bidding activity of the Queensland government owned generator Stanwell Corporation.

But we found it made a much smaller contribution than high gas and coal prices and the closure of ageing coal generators.

We recommended a rule change to constrain generators’ bidding practices in specific circumstances.

The ACCC recommended giving powers to the Australian Energy Regulator to investigate and fix such problems.

It considered a divestiture mechanism of the kind in the government’s leglislation, but rejected it as extreme.

Its own less extreme recommendations would “if implemented, be a better means to restore competition to a level which serves consumers well”.

Breaking up corporations is a broader question

There may well be a case for breaking up corporations whose size prevents or substantially lessens competition. It happens overseas.

The government cites the example of the United States Sherman anti-trust legislation. It has been in place since 1890 and has been famously used to break up Standard Oil and AT&T. The ACCC does not have this power.

There is debate about whether it would work in the much smaller market of Australia.

Allan Fels, a former head of the Australian Competition and Consumer Commission a believes it would.

But quite sensibly he argues it should apply across the board, including sectors such as banking in light of the findings of the royal commission.

Ian Harper, who led the government’s 2015 competition review, is less convinced. However, he says if a divestment power is introduced, it should be introduced broadly.

It’s worth considering divestment powers broadly, rather than rushing to introduce them in one sector of the economy in what was to have been the leadup to Christmas because of a concern that its prices were too high.

The ACCC has already delivered a comprehensive report on the means to bring them down.

The government would be better served acting comprehensively on its recommendations.