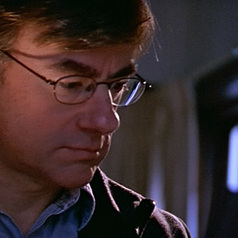 Richard Tofel, ProPublica’s president and founding general manager, likes to say the U.S. nonprofit news site was “born on third base.” Indeed, when the Pulitzer-winning outlet launched in 2008, ProPublica had US$10 million in its coffers from Herb and Marion Sandler. The wealthy mortgage bankers gave it a flying start in a sector that remains heavily reliant on foundation grants.

As I explain in my book on U.S. nonprofit investigative journalism, wealthy individual donors over the past decade have provided the venture-like capital to create the most successful nonprofit news organizations, which foundations have subsequently backed with grants.

The Texas Tribune, a nonprofit site focused on that state and launched with money from venture capitalist John Thornton and the Marshall Project, a news site that focuses on criminal justice issues and was initially capitalized by Neil Barsky, also illustrate this pattern.

But while the overall funding for nonprofit news sites presents a “robust picture” according to a recent Institute for Nonprofit News survey of 88 of the network’s media members, large donations by rich philanthropists and foundations generally have benefited only a handful of new startups and nationally focused nonprofit media.

While researching the financial health of U.S. nonprofit news media, I’ve found a huge disparity between the most successful nonprofit news organizations and the smaller outfits, with some operating on the “sweat equity, heart and hope” of journalists who struggle to raise funds.

This situation should concern those who are looking to nonprofit news organizations to provide serious journalism in areas that have been diminished, neglected or abandoned by newspapers, such as statehouse coverage, specialist reporting on topics such as the environment and health, and reporting for minority communities.

Mc Nelly Torres, a co-founder of the small Florida Center for Investigative Reporting, told me she rated her chances of receiving a big grant from a national foundation as “one to a million. The big guys are always on top … so the little guys always struggle.”

I analyzed the IRS returns of 60 Institute for Nonprofit News members, about half of the institute’s membership at the time. Foundations and donors gave those outlets a total of $469.5 million between 2009 and 2015.

Three national news organizations – ProPublica, the Center for Public Integrity and the Center for Investigative Reporting – took in $185.4 million, or 40 percent of that money.

The 20 largest of these media operations amassed the vast majority of the funds: $423.1 million. In addition to the top three sites, other well-funded outlets included the Foundation for National Progress that publishes Mother Jones magazine in print and online, Texas Tribune, the Voice of San Diego and the Investigative Reporting Workshop, based in the School of Communication at American University.

In contrast, the least-funded 20 organizations, such as Georgia Health News and the Florida Center for Investigative Reporting, eked by on just $8.6 million over these five years – less than 2 percent of all money raised. The middle 20 sites, such as the consumer safety-focused FairWarning and Oklahoma Watch didn’t fare much better. They got by on a total of $37.7 million.

I found that dozens of state and city-focused news organizations have annual budgets of $200,000 or less, and a survey of Institute for Nonprofit News members found 9 percent had no more than $100,000 in yearly revenue.

I believe some news sites may have to merge with local public radio and television broadcasters or other journalistic nonprofits in order to improve their viability. Like several that already have closed their doors, such as Colorado Health News and the Chicago News Cooperative, some may ultimately fold due to financial problems – no matter how well their work serves the public interest.

The nonprofit media leaders at smaller news organizations that I interviewed expressed existential fears about their funding. FairWarning founder Myron Levin told me that he doubted some of his backers would renew their grants. “I don’t know if some of those people are going to stick with us,” he said. “Just don’t know. It’s fickle, absolutely.”

Lila LaHood, the publisher of the San Francisco Public Press, said there was no guarantee of continued support from foundations. “Even when foundations like you, sometimes after a couple of years they say, ‘there’s going to be a break in funding,’” she said.

Because of the uncertainty of foundation funding, many nonprofit news sites are attempting to ramp up their incomes through membership programs and boost the donations they get from individual donors. That strategy makes them less dependent on foundations and other big philanthropies and mirrors a rise in subscriptions for newspapers like The New York Times, The Washington Post and other big mainstream media outlets.

But, with some exceptions, the news organizations that get the biggest grants from foundations are the same ones seeing an uptick in subscription and membership revenue because they do the most high-profile journalism and can afford to employ professional fundraisers or development staff.

I believe that this branching out is exacerbating the gaps between the nonprofit media haves and have-nots.

For example, Pasadena-based FairWarning had about 200 individual donors, Levin told me. In contrast, ProPublica, which listed total revenues of $43 million in 2017, had 34,000 donors who contributed almost $7 million, Tofel said.

While the number of nonprofit news organizations has increased over the past decade and the sector’s funding has grown overall, many city and state-based news organizations that are filling gaps in local reporting have not yet persuaded enough foundations without a tradition of funding media, wealthy philanthropists and smaller donors to back them.

Unless that happens, in my view, nonprofit journalism will not reach its potential, no matter how valuable its coverage, nor will it abate the spread of “news deserts” across the United States.

The Conversation US, which recently became an Institute for Nonprofit News member, relies on funding from foundations and universities as well as donations from individuals. The author of this article did not review its funding data as part of his study.