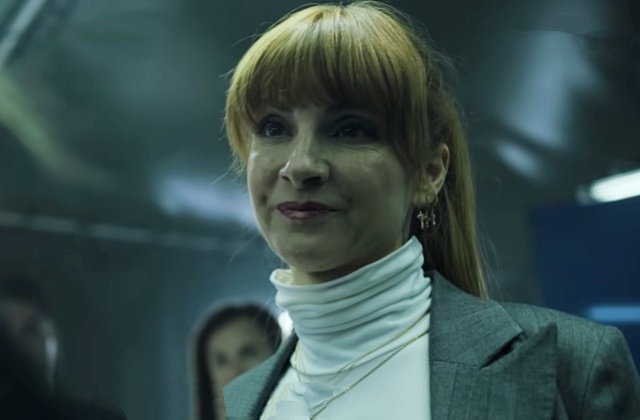 The final installment of the “Money Heist” drama series has been confirmed and at the moment the production has already begun. Its renewal announcement also hinted about the finale as the accompanying photo shows a broken masked and the caption reads: “Part 5: the heist comes to an end.”

The upcoming “Money Heist” season 5 was confirmed in July and it came after the drama’s creator Alex Pina revealed on his Instagram that he is writing the script of the new season. As of this time, the production is fully rolling.

El Professor to have a fierce new arch-enemy

One of the things to expect in “Money Heist” season 5 is El Professor’s new bitter rival. It was suggested that someone is coming to make the gang leader’s life more difficult.

As per Express, a new character is coming to the final season and Pina may have hinted that he will be El Professor’s (Álvaro Morte) newest enemy. This prediction cropped up when the pregnant police officer Alicia Sierra was fired from her job.

She has displayed extreme disgust and hatred for the heist group and has been El Professor’s brutal enemy since the robbery started. Her obvious dislike of the thieve’s leader has been shown in their every encounter and the latest was in season 4’s finale when she found his hideout and started interrogating him at gunpoint.

Now, with Sierra stepping out and leaving her job, it was revealed that a replacement will soon be introduced. This is one of the new actors who have been cast for “Money Heist” season 5. Alex Pina previously shared that they have added Miguel Ángel Silvestre and Patrick Criado to the cast lineup and between the two, fans are guessing that one of them will be El Professor’s nemesis.

The last thief to remain standing

There is a theory that as the story ends in “Money Heist” season 5, only one of the thieves will be left and the rest would have died. As mentioned in Women’s Health magazine, the group devised their grand escape plan since they are already heavily surrounded by the authority but unfortunately, only one person will make it out alive and that is Tokyo.

She will be the only surviving person and even El Professor will die as he was already caught in the ending of the fourth season. One fan explained why they think Tokyo is going to be the sole survivor.

Via Reddit, someone said that Tokyo played by Ursula Corbero acted as the narrator and she was chosen to do this because she is the only one to survive until the end. She will narrate the incidents until everyone is gone except her. Meanwhile, “Money Heist” season 5 is predicted to arrive in 2021 with 10 episodes.