‘The Winds of Winter’: New ‘Game of Thrones’ show seen as a hindrance to the ‘ASOIAF’ novel’s release and here’s why 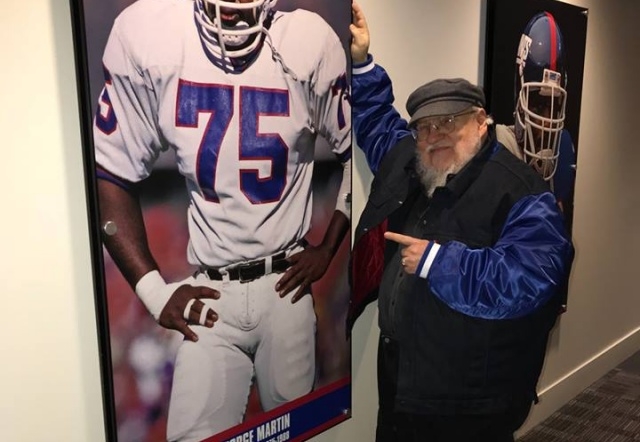 “The Winds of Winter” has yet to arrive and while George RR Martin already made a new promise to release the novel next year, another problem unexpectedly emerged, and this made fans worry that the sixth book in the “A Song of Ice and Fire” will further be delayed. The 70-year-old author said in May that he will surely publish the book next year, but fans have doubt again after it was revealed that he has a new project coming up.

HBO confirmed that a “Game of Thrones” prequel is now in the works. It stated that the story would take place thousands of years before the events that people saw in “GoT.” It will show the world coming down from the Golden Age of Heroes to its darkest hour. The TV network teased that it is not the kind of story that the fans saw happened in Westeros.

Why the new “Game of Thrones” series is a hindrance for “TWOW?”

The network shared that George RR Martin, along with Jane Goldman, are the show creators with the latter also serving as its showrunner. They will also be the executive producers along with SJ Clarkson, James Farrell, Vince Gerardis, Jim Danger Gray and Daniel Zelman. With that said, the “ASOIAF” author will surely contribute scripts for this project just like he did in “Game of Thrones” and this means new work for Martin.

With additional work in his hands, the release of “The Winds of Winter” may be delayed again since there are more writing projects that he needs to allot his time with. He previously said that one reason why “TWOW” is not yet finished is that he is distracted plus he also has works going on for HBO’s “GoT” and not it is happening again.

As per Screen Rant, Martin is set to co-write the premiere episode of the new prequel drama, and he will do this with Ryan Condal. But although this is the case, fans are hoping that he will keep his promise to publish the book in the second quarter of 2020.

“If I don’t have ‘THE WINDS OF WINTER’ in hand when I arrive in New Zealand for Worldcon, you have here my formal written permission to imprison me in a small cabin on White Island, overlooking that lake of sulfuric acid, until I’m done,” Martin vowed in May. The Worldcon is scheduled from July 29 to Aug. 2, 2020.