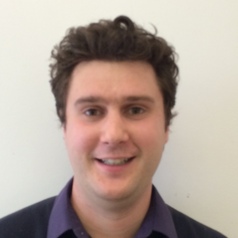 The UK is due to go to the polls on December 12 in an attempt to overcome parlaiment’s impasse over Brexit. Given the latest missed deadline of October 31, it seems inevitable that Brexit will dominate this campaign. Boris Johnson and the Conservatives are blaming parliament for blocking the passage of a Brexit agreement. Jeremy Corbyn and Labour are highlighting the dangers of Johnson’s deal, as well as pointing out that the government pulled the deal before parliament could vote on it, somewhat undermining the idea that MPs have blocked it.

While politicians may be keen to offer such narratives, voters may – and indeed should – express different priorities. They should ask more of candidates than a simple re-run of either the 2016 referendum or the 2017 general election, both of which have been unable to deliver change.

Politicians can help this by ensuring that debating Brexit does not come at the expense of other topics. To achieve that, the narrative on the biggest issue of the day needs to be focused and specific so that it is less likely to sprawl out and dominate everything. If politicians can do this then we can begin to talk about other issues.

Even if a new government were to agree a deal quickly and get it through the new parliament in time for the January 31 deadline, that would not be the end of the story. After the deal passes, the UK will enter a transition period with a new deadline of December 31 2020. Any agreements made here will set out the UK’s future relationship with the EU. This will be much more difficult to negotiate than the current withdrawal agreement (not least as this agreement will encompass far more than the current withdrawal agreement).

It seems remote to suggest that the future relationship – something more complex than the process of leaving – can be negotiated any quicker than the withdrawal agreement. Bearing in mind there already been two and a half years of negotiations up to now, it is likely that these negotiations will consume most of the time afforded to the next parliament. They may not even be completed before the next election in 2024.

Hopes are not plans

One problem is that without knowing when or how the big Brexit issues will be resolved, the debate can only revolve around abstract ideas. This was a key problem in the original Brexit campaign. Important questions could be left unanswered because so much was unknown. At times, voters were even fed misinformation.

One function of an election is to hold incumbent governments and MPs to account – and in order to do this in the future, greater attention needs to be placed on demanding politicians present feasible policy suggestions rather than chasing fanciful ideas.

We should be wary of MPs or candidates who appear able to promise a range of options to different (sub-groups of) voters. Even in the early stages of the campaign we can see divergence between those advocating a form of Brexit. Johnson is promoting his deal and new deadline of 31 January 2020, while Nigel Farage, at the launch of the Brexit Party, criticised the deal and suggested a further extension to July 2020 could be possible.

Here it is important to note the language used on the campaign trail. What a party hopes to achieve in Brexit negotiations is not necessarily the same as what they can achieve. They may not even have control over the things they are promising. Remember any deal (including any alterations or new deals) will have to be signed off by the EU.

Even if we accept the narrative that Brexit can be “resolved” in the next parliament, the question then left is what comes next? What are the post-Brexit plans? Any aspiring government simply cannot wait until the end of Brexit to start implementing policies. Parliament has been bogged down by Brexit ever since Article 50 was triggered in 2017 and has carried only a fraction of the amount of work it might otherwise.

Candidates in the elections could help to offer some reassurances about Brexit by talking about other policy areas too. A government looking to hold office until May 2024 will need to address environmental changes, the future of the union, the legacy of austerity and plans for reigniting the economy, as well as traditionally salient issues such as welfare (including the NHS) and education.

Clarity on domestic policies will also have the effect of reassuring voters who are worried by the different permutations that Brexit may offer. And such clarity could, in turn, help to mitigate some of the economic risks associated with Brexit. If we can’t be sure about what will happen after Brexit, a party hoping to reach government could at least offer stability on other matters.