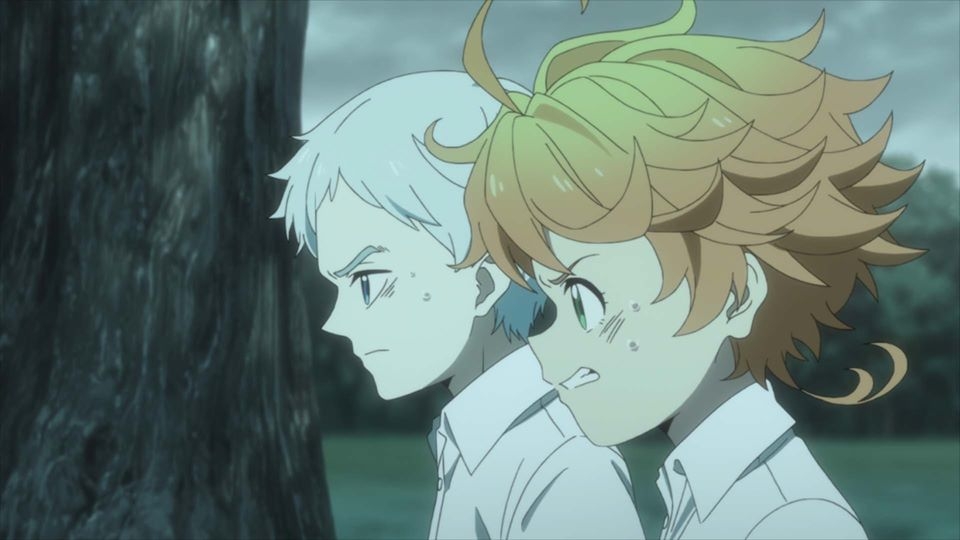 In “The Promised Neverland” chapter 179, the children will finally experience for the first time what living in the human world is like. But the reality in that world might not be as rosy as they had hoped.

In the previous “The Promised Neverland” manga chapter, which can be read online on Mangaplus, Emma reunited with Mujika. Emma thanked the new Queen as well as Sonju for freeing her and the children.

Sonju inquired about the Promise or agreement between Emma and Him. Emma told everyone that they will implement the Promise right below Grace Field where a passageway long used by the Ratri clan is located. Queen Mujika decided to send the children off as both their friend and the Queen of the Demon World.

But some children were a bit worried when the Promise was mentioned. “What about the reward?” one of the little ones asked Emma. “You have to give a reward right? Emma, you’re going to be able to go to the human world too, right?”

Apparently, the children are worried that Emma will have to pay a price for their freedom. Some feared that she might be forced to stay behind as payment for the children’s journey into the human world.

However, Emma assured that there is no such restriction in place. Everyone, including her, can go back to the human world alive.

“The reward that I want is your family,” Emma recounted the words of Him to the shocked children. “But there’s a problem. Your family will all go to the human world. That’s the promise so I can’t have your family. This time, for you, I don’t need any reward.”

They descended into stairs and were teleported into the human world. They later wake up and found themselves in a beach somewhere near New York City judging by the Statue of Liberty that can be seen in the distance.

However, the human world is not the perfect paradise that the children envisioned, based on “The Promised Neverland” chapter 179 spoilers. A man in a suit standing later arrives and explains the current situation of the human world.

There’s a war raging in the human world where thousands have already died. Hopefully, “The Promised Neverland” chapter 179 might reveal more details on the cause of the war and how it might affect the children’s survival.

“The Promised Neverland” chapter 179 will be released on May 31. Stay tuned for more updates.