The PLATO mission: an investigation of planetary systems 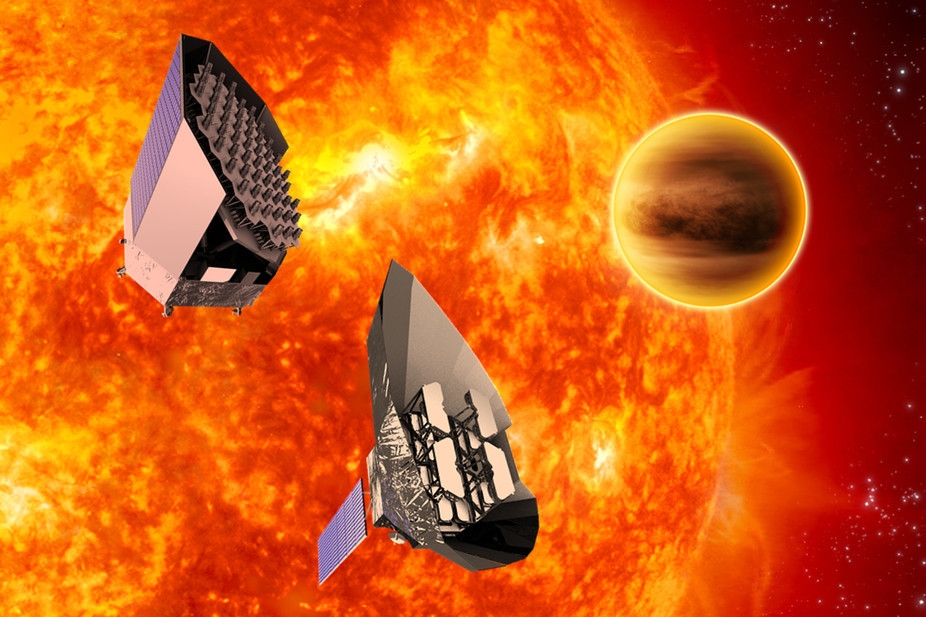 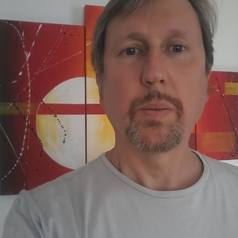 Despite its proximity to the Earth, the Sun still poses many questions. But what do we know of other stars, located at immense distances on a human scale? How are they different from the Sun? Are they also hosting planets such as those that revolve around our Sun?

To answer these questions, we will soon have a powerful new tool: the PLATO mission (for “PLAnetary Transits and Oscillations of stars”), led by the European Space Agency (ESA) with a consortium of laboratories and national space agencies, including CNES in France. This mission has been formally “approved” (i.e., confirmed, in the agency jargon) last June 21st to permanently integrate the ESA program.

What are PLATO’s objectives? Like other missions to detect exoplanets, PLATO uses the transit method: when a planet passes (“transits”) between its star and the observer, she hides a small part of the stellar disc and this lowers the brightness of the star (by about 0.01%). This method has been used by other space missions such as Corot and Kepler. Thus, thousands of exoplanets have been detected in orbit around other stars in our galaxy.

PLATO goes further than this simple detection. The Sun and the stars generally are the seat of vibrations that occur on the surface as large waves raising and lowering alternatively the surface of the star. These movements come with compressions and expansions of the plasma that makes up the star, which in turn induce changes in brightness. PLATO can detect these changes. The surface movements are just the visible part of (mostly acoustic) waves which propagate throughout the whole star, down to its centre for some of these waves. They are therefore detected on the surface but carry information about the inner layers of the star: temperature, density, etc. We can thus draw a measure of the average density of the star as well as information on the structure of the centre, where the nuclear fusion reactions providing energy to the star take place. These observations are used to characterise the star in terms of mass, size (star radius) and age, in a very precise manner thanks to this seismic analysis, by far the most powerful analysis for these measures. This is a fundamental aspect: many planets have already been detected, many stars have already been surveyed seismically, but very few stars have been the object of these two simultaneous analyses. This is the major asset of the PLATO mission: it will realise this double analysis for tens of thousands of stars.

PLATO can pursue several scientific goals. First, it can detect a large number of planetary systems around stars other than ours. Special attention will be paid to systems similar to ours. Here comes another advantage: its analyses rely on very long periods of observations (typically two years). Thus, we can detect a large number of planets that have an orbit with a similar period to that of Earth or other planets in our system (a Martian “year” lasts 687 days). Thus, we may be able to identify a planet similar to Earth around a star similar to the Sun.

Research will focus more generally on planets that are at a given distance from their host star, so that the expected temperature is compatible with the existence of water in liquid form. This criterion, which is certainly too simple to embrace the complexities of planetary atmospheres, gives an idea of the “habitability” of a planet, that is to say the possibility for a life form similar to that found on Earth to thrive.

Beyond this, PLATO will also focus on so-called exotic systems. Planetary systems observed so far are very often quite different from ours. In particular, some have what are now called hot Jupiters: planets the size of Jupiter but with an orbit very close to their host star, while “our” Jupiter is far from the Sun and presents a very low surface temperatures (less than -100 °C). The discovery of these very different systems, compared to ours, was a great surprise. Indeed, it was thought that the process of planet formation around a star led to rocky planets of small size near the star (such as Mercury, Venus, Earth and Mars) and giant gaseous planets further away from the star (such as Jupiter, Saturn, Uranus, and Neptune).

In this quest, we must however take into account what is called an “observational bias”: on the one hand, the large planets like Jupiter are easier to detect than small planets like Earth. So, we will detect them in larger numbers. On the other hand, the laws of physics tell us that a planet close to its star will have a short period. Less observation time is then needed to detect them, which creates another favourable bias. Indeed, some of these hot Jupiters are so close to their star that they make a complete circuit around it in just four or five days. To discover them, no need to observe the 10 years that the revolution of our Jupiter around our Sun lasts. Image of a hypothetical planet ocean with a terrestrial atmosphere and two satellites.. Lucianomendez/Wikimedia, CC BY-SA

However, these “exotic” systems do indeed exist. The question that therefore arises is to understand why they are so different from ours. To do so, we need to understand the system in its entirety, star and planets. So we need to know their characteristics. What is the size and mass of the star? The seismic analysis will tell us that. It will then assess the mass and size of the planets, which are measured in relative terms compared to those of the host star. It is the same for the age of the system: the planets and central star form at about the same time, so measuring the star age by a seismic analysis allows us to know the age of the planets that surround it. And so to know if the system just formed or if it has been evolving for billions of years. All this will provide a comprehensive view on which scientists can try to figure out how the planetary systems form and evolve.

It is this task that the scientists of all nationalities involved in the PLATO mission will tackle. But there is still a long way to go, since the launch is planned for 2027.

Frédéric Baudin has received financing from the CNES and the ANR.

Sophie Félix does not work for, consult, own shares in or receive funding from any company or organisation that would benefit from this article, and has disclosed no relevant affiliations beyond the academic appointment above.