‘The Curse of Oak Island’ season 8: Will the series return? Fans are waiting for History’s renewal announcement 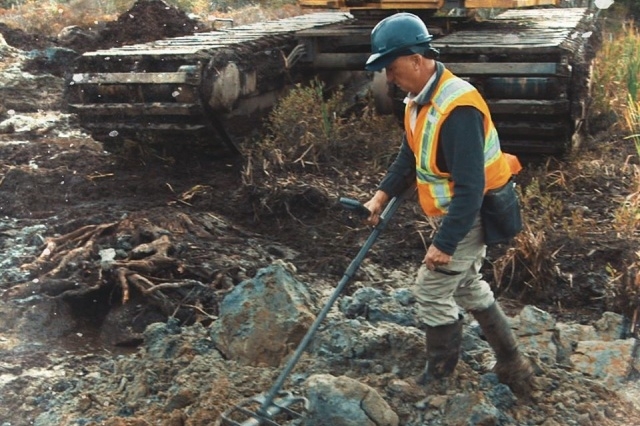 “The Curse of Oak Island” season 8 is expected to follow after the seventh installment concluded on April 28. The digging and the whole operation of the Lagina brothers and their team of experts had stopped due to the oncoming harsh winter weather in Nova Scotia since it was already November when the end of season 7 was filmed.

The show ended with interesting information as all the experts have gathered in the war room to discuss everything they have found so far. They have also neatly laid out the most important discoveries that gave them an idea about the timeline of activities on Oak Island.

Initially, it was thought that there was no human activity on the island prior to the Money Pit, but now, they knew that many things happened there even before the fabled treasures have been brought there more than 225 years ago. Based on the “Timeline” in “The Curse of Oak Island” chapter 7, episode 23, the history of the region goes way back to as far as early as the 1200s.

Now, the question is - Will History renew the show for “The Curse of Oak Island” season 8? Fans want the series to continue as there are still lots to be explained in the show. Aside from finding the Money Pit, the Lagina brothers also discovered many things that can change history, so it is not all about the treasures alone anymore.

However, there is no announcement from History Channel yet, but this is still normal at this point because the show has ended just a little over a week ago. The possibility for “The Curse of Oak Island” season 8 to return is high because even all the members of the team have expressed their interest and willingness to continue the adventure and find that treasure and whatever else the could find there.

Although Marty Lagina raised the issue over the budget that they would need to continue their search, he is clearly happy and pleased to hear that everybody is willing to stay and work together. Thus, it can be concluded that “The Curse of Oak Island” season 8 is set to be renewed.

While it is good news that “The Curse of Oak Island” is likely to return, the bad news is that it may take a while before it can be on broadcast again. This is due to the coronavirus pandemic that already affected the production and filming of so many TV shows and movies.

In fact, when a fan asked Karen Publicover, a resident on Oak Island if the Lagina brothers and machinery are present there, she said that they are not there because they are respecting the state of emergency on the island. Probably, the earliest date when “The Curse of Oak Island” season 8 will premiere is on 2021.